Russian authorities were lying "just like they did about Afghanistan back in the '80s and about Chechnya in the '90s," he said. 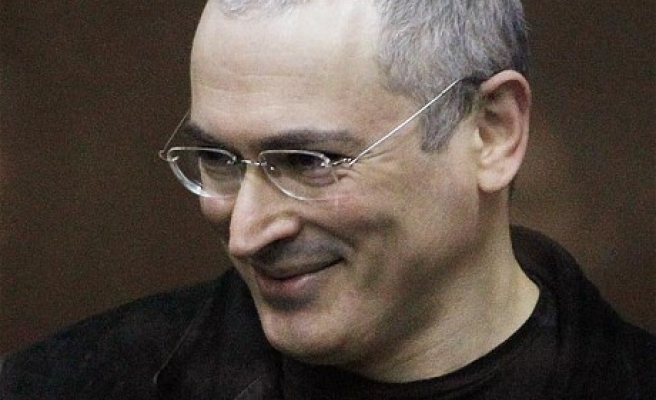 Former Russian oil tycoon Mikhail Khodorkovsky, an opponent of President Vladimir Putin, said on Friday that Moscow is lying about its involvement in Ukraine and he urged Russians to take action to stop an "unequal" war.

"We could and we can stop what is happening. It would be enough to take to the streets, to go on strike," the former oil baron, who now lives in Switzerland, said in a statement.

Moscow, accused of sending troops and weapons into the former Soviet republic to shore up a separatist insurgency, has not acknowledged any involvement. The Russian defence ministry has repeatedly denied the presence of its soldiers in Ukraine.

"We are fighting Ukraine - for real," he said.

Russian authorities were lying "just like they did about Afghanistan back in the '80s and about Chechnya in the '90s," he said.

Once Russia's richest man and head of the now defunct Yukos oil company, 51-year-old Khodorkovsky was freed by presidential pardon last December after spending a decade in prison.