Norwegian mass murderer Anders Behring Breivik has given a Nazi salute on his return to court to accuse the government of violating his human rights by holding him in isolation. 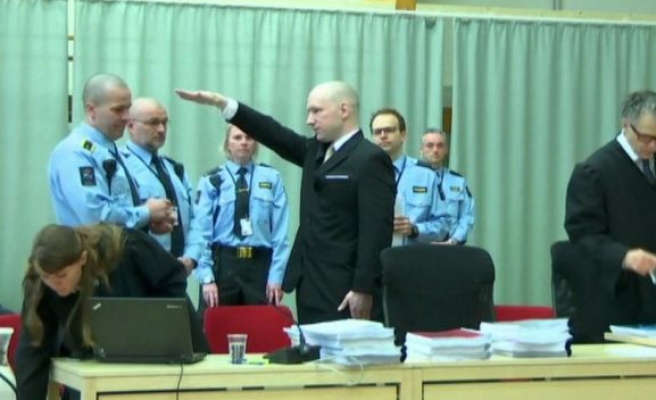 Mass-murderer Anders Behring Breivik made a Nazi salute on Tuesday as he arrived in court for his lawsuit against the Norwegian state, which he accuses of violating his human rights by holding him in isolation.

Appearing with a shaved head and clad in a dark suit with a white shirt, the rightwing extremist entered the courtroom -- set up in the gymnasium of the Skien prison where he is being held -- and turned toward the media before raising his right arm.

Breivik is serving a maximum 21-year sentence for killing 77 people -- eight in a bomb attack outside a government building in Oslo and another 69, most of them teenagers, in a rampage at a Labour Youth camp on the island of Utoya in July 2011.