Kurds storm The Hague in protest against ISIL

Around 100 protesters forced their way through to the main hall of the building and were sitting on the floor with banners, one of which read "Stop Kobani." 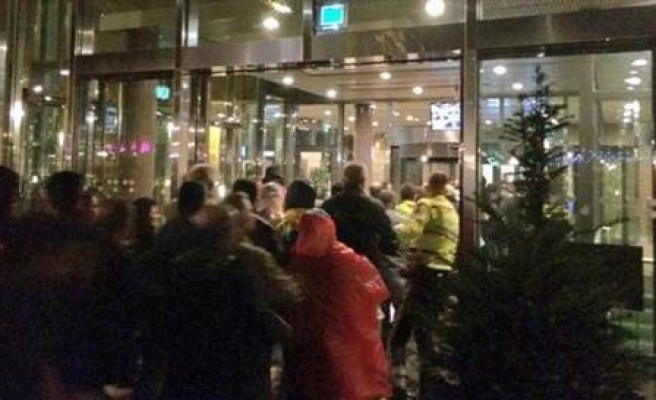 Dozens of Kurds stormed the national parliament building in The Hague on Monday night in a protest against ISIL fighters who are attacking a Kurdish town in northern Syria, Kurdish officials in the Netherlands said.

Riot squads and hundreds of officers were deployed and helicopters were flying overhead, said a demonstrator at the scene.

Around 100 protesters forced their way through to the main hall of the building and were sitting on the floor with banners, one of which read "Stop Kobani."

"The situation in Kobani is getting of control. ISIL has stormed the town and a lot of civilians are being killed. We want the West to do more to stop the situation in Syria," said the protester, who asked not to be named.

Police officials could not immediately be reached for comment.

ISIL advanced into the outskirts of the Syrian frontier town of Kobani on Monday after an assault of almost three weeks, but the town's Kurdish defenders said its fighters had not reached the city centre.

A black flag belonging to ISIL was visible from across the Turkish border atop a four-storey building close to the scene of some of the most intense clashes in recent days.

Kurdish activists seeking to draw attention to the threat facing Kurds in Syria and Iraq by the advancing ISIL militants have held several protests in the Netherlands in recent weeks.