Language is a frequent flashpoint in Belgium, where the wealthier Flemish majority fiercely protects its Dutch language and culture and is constantly on the look-out for encroachments by French speakers 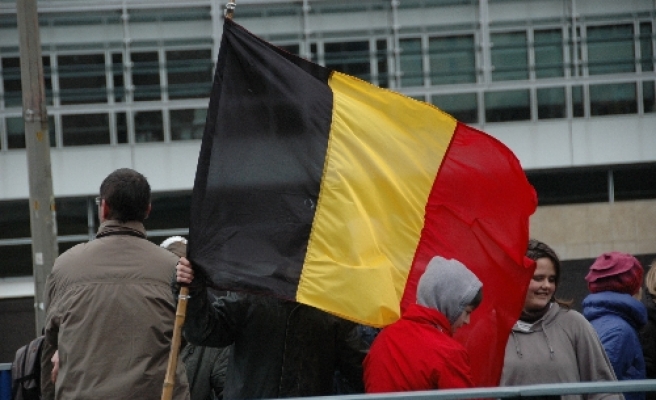 A day after agreement was finally reached to build a new national stadium in Belgium, a dispute has broken out in the linguistically split country over the language to be used there.

The planned 60,000-seater stadium is to be the centrepiece of Brussels' bid to host matches during the 2020 European soccer championships, replacing the current 45,000 capacity King Baudouin stadium.

The venues are little more than a kilometre (1 mile) apart, but while the present stadium is in officially bilingual but largely French-speaking Brussels, its planned successor is in the exclusively Dutch-speaking region of Flanders.

Flemish politicians are bristling at the thought of Brussels extending its francophone culture beyond its borders, leading Flemish Sports Minister Philippe Muyters to say language rules must be respected.

"One of the underlying elements should be an agreement on the use of Dutch there," Muyters, a member of the Flemish separatist N-VA party, told the television programme Terzake on Wednesday, hours after the agreement was reached.

Rudi Vervoort, premier of the Brussels region, responded in an interview on La Premiere radio station on Thursday, saying 'Dutch only' could not be the rule at a national stadium.

Language is a frequent flashpoint in Belgium, where the wealthier Flemish majority fiercely protects its Dutch language and culture and is constantly on the look-out for encroachments by French speakers, particularly in areas surrounding Brussels.

The country went for 19 months without a new government after 2010 elections due to differences between French-speaking and Flemish parties.

The issue has flared again as politicians seek vie for votes at next year's regional, European and federal elections.

Earlier this month, the council of the Flemish district of Menen, which borders France, decided that it would no longer tolerate the use of French in its town hall, saying anyone who did not speak Dutch must rely on hand gestures instead.