Like Georgia, Latvia is a former Soviet republic that is wary of Moscow, and its government has taken a tough line over Russia's actions in Ukraine. 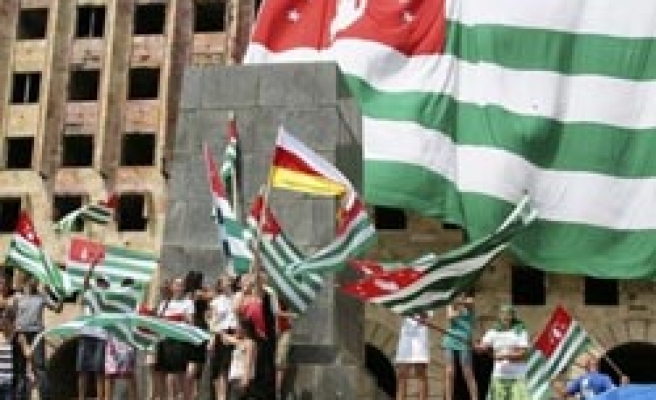 But, during a visit to the Georgian capital Tbilisi, he also said it was vital for Russia's neighbours to look for ways to live beside it in peace.

The strategic partnership agreement signed by Russia and Abkhazia on Monday envisages a "joint defence and security space and stipulates Russian "protection of the state border of the Republic of Abkhazia with Georgia."

"I consider this agreement ... will negatively affect safety and stability in the region," Berzins told a news conference with Georgian President Georgy Margvelashvili.

Russia and Georgia fought a brief war in 2008 over breakaway moves by Abkhazia and another region, South Ossetia, which Moscow has recognised as independent countries.

Monday's agreement was criticised by NATO and the European Union, which are locked in a diplomatic standoff with Moscow over the crisis in Ukraine, and Georgia has warned that Moscow might be preparing to annex Abkhazia.

Like Georgia, Latvia is a former Soviet republic that is wary of Moscow, and its government has taken a tough line over Russia's actions in Ukraine.

But underlining the need for caution, Berzins said: "There is no other way for us but to find ways how to stabilise our relations with our neighbours, including Russia."

"We will do our best to stabilise those (ties) and to have long-term peaceful and stable relations," he said.