Latvian authorities have shut down the local version of Russian pro-Kremlin news website Sputnik, drawing an immediate rebuke from Moscow. 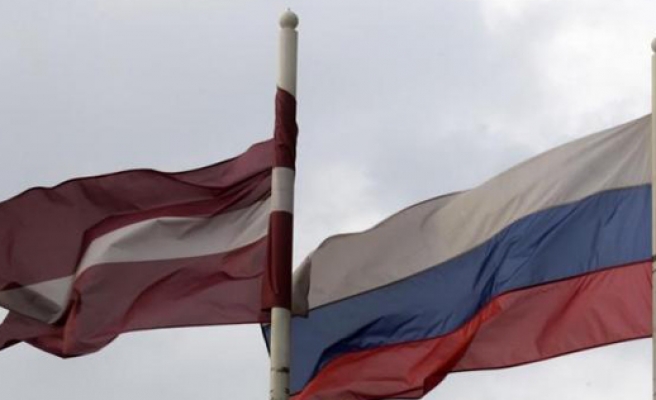 Latvia on Tuesday shut down the local website of Russia's foreign news channel Sputnik, calling the state media outlet a "propaganda tool" and questioning the credibility of its reporting on the Ukraine conflict.

Moscow set up Sputnik to promote its voice abroad, including in Latvia whose ethnic Russian minority accounts for around a quarter of the population of two million.

"We don't regard Sputnik as a credible media source but as something else: a propaganda tool," Latvian foreign ministry spokesman Raimonds Jansons told AFP.

He spoke after the national Internet registry NIC suspended Sputnik's right to hold the ".lv" Latvian domain name to which it had been posting articles in both Russian and Latvian since last month.

Russia's foreign ministry called the decision "blatant censorship" and said "the Russian mass media adheres to the highest standards of professionalism and ethnics".

Riga "once again, with the tacit inaction of leading human rights organisations, is ignoring its Convention obligations to ensure media pluralism and freedom of speech as it continues to target Russian mass media in Latvia," the statement added.

The NIC made the decision after receiving a letter of concern from the Latvian foreign ministry, which drew attention to Sputnik's coverage of Ukraine and routine denial of the country's territorial integrity.

"We wrote pointing out our opinion that the fact that the head of Sputnik, Mr (Dmitry) Kiselyov is on the sanctions list of the European Union was something that needed to be taken into account" in the decision, Jansons said.

Ukraine and the West have repeatedly accused Moscow of waging an "information war" to justify its backing of pro-Russian separatists in eastern Ukraine.

Russia's 2014 annexation of Crimea and its meddling in eastern Ukraine have triggered concern in Latvia and fellow Baltic states Estonia and Lithuania, which emerged from nearly five decades of Soviet occupation in the early 1990s.