Latvians overwhelmingly backed his decision in a July referendum. 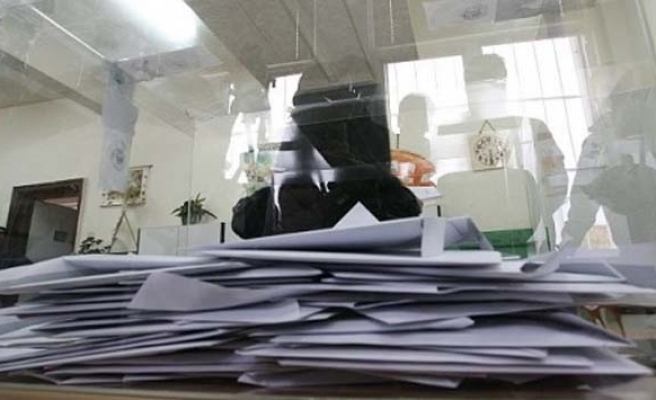 Latvians vote in a snap election on Saturday to break the power of oligarch businessmen and the centre-right prime minister will face a challenge from a party traditionally backed by the country's large Russian minority.

Opinion polls show the most votes will be garnered by Harmony Centre, which has portrayed itself as the only centre-left party that would boost social spending after tough austerity and delay entry to the debt-plagued euro zone.

Harmony is trying move beyond its Russian-speaking base to get support across the ethnic divide. But suspicions of Russian influence and differences with potential coalition partners over economic policy may stop Harmony entering government for the first time since independence from the Soviet Union in 1991.

Analysts say current Prime Minister Valdis Dombrovskis and a party formed by ex-President Valdis Zatlers, who forced the election in anger at the oligarchs, could form the core of a new government, but not win a majority of parliament's 100 seats.

The most widely tipped partner for them is a nationalist bloc, but some see Harmony as a possible ally.

"I would imagine that if Unity (Dombrovskis's party) does well in the election the first chance (to form a government) will be given to the existing prime minister. He has led the country through the economic recovery process," said political commentator Karlis Streips.

Critics say oligarchs have used their wealth to influence Latvian politics and favour their own business interests or those of their associates. Three politically influential businessmen at the centre of the row have denied any wrongdoing.

Zatlers triggered the election by ordering parliament be dissolved after lawmakers refused permission for prosecutors to search a flat owned by a businessman and member of parliament.

Latvians overwhelmingly backed his decision in a July referendum. By then Zatlers had failed to be re-elected as president by parliament, and he formed his own party.

Dombrovskis, 40, led Latvia through a harsh package of public sector pay cuts and higher taxes after a 2008 financial crisis and 7.5 billion euro international bailout. However, his Unity party won the last election in October 2010 with 33 seats.

He campaigned on a platform of further fiscal austerity to help Latvia adopt the euro in 2014, policies Zatlers backs for the country, which regained its independence from the Soviet Union in 1991 and joined the European Union and NATO in 2004.

Dombrovskis says his policies have restored international confidence in Latvia and brought about the current recovery from a stunning 18 percent drop in economic output in 2009.

Harmony also faces tough questions about its attitude to history. Many ethnic Latvians see the 50 years of Soviet rule as an occupation, while many of Harmony's core Russophone voters are insulted by that word.

Latvian media have also highlighted Harmony's ties with the United Russia Party of Prime Minister Vladimir Putin as a sign the party would bring Latvia more under Russian influence.