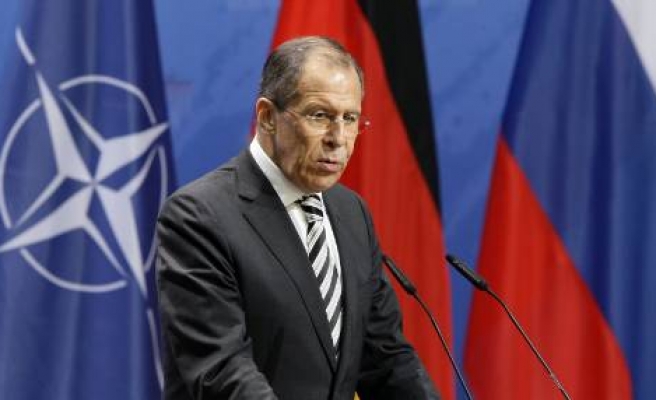 Russian Foreign Minister Sergei Lavrov slammed the United States and European Union on Tuesday for imposing sanctions on Russia over the Ukraine crisis, saying they were the work of weak politicians in the West "attempting to blame others."

The European Union on Tuesday announced asset freezes and travel bans on 15 Russians and Ukrainians over Moscow's actions in Ukraine, one day after the United States imposed sanctions on seven Russians and 17 companies linked to Russian President Vladimir Putin.

"We reject sanctions in any of our relationships, in particular those sanctions that were sponsored by the United States and the European Union, which defy all common sense, regarding the events in Ukraine," Lavrov said during a visit to Cuba.

Russia annexed the Crimea region after Ukraine's pro-Moscow president was ousted in February by protesters demanding closer links with Europe. Kiev and the West accuse Russia of stirring up a separatist campaign in the east of Ukraine, a charge Moscow denies.

Lavrov is on a long-scheduled trip to Latin America this week.

Cuba has stood with Moscow, formerly the closest of allies and a crucial economic supporter of Cuba in the days of the Soviet Union.

Rodriguez also raised the issue of NATO expansion, calling it a "grave threat to international peace and security."

"Cuba energetically rejects the imposition of sanctions against Russia, knowing that those who impose them are the same governments that have launched wars of conquests that intervene in the internal affairs of sovereign countries and provoke the destabilization of governments that don't go along with their interests of domination," Rodriguez said.