Lavrov to envoys: watch Russian TV to get truth on Ukraine

Lavrov accused Ukraine of blocking Russian television broadcasts onto its territory and said the fellow former Soviet republic's media were broadcasting lies about the crisis. 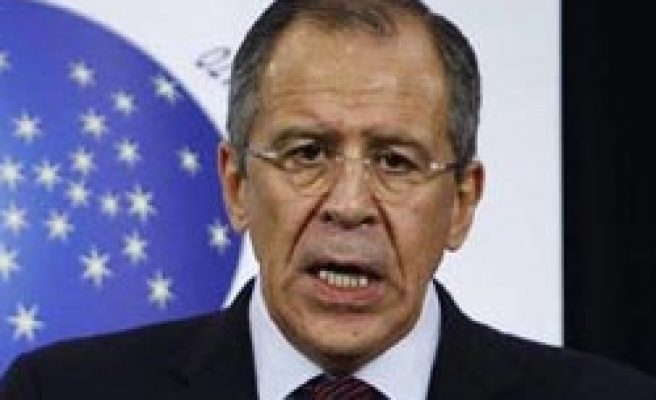 Russian Foreign Minister Sergei Lavrov urged Western ambassadors on Monday to base the reports they write for their countries about the crisis in Ukraine on what they see on Russian television.

Lavrov accused Ukraine of blocking Russian television broadcasts onto its territory and, echoing charges by Kiev about Moscow, said the fellow former Soviet republic's media were broadcasting lies about the crisis.

"They are trying to set up an information blockade and, with unbiased information closed off to viewers and radio listeners, run completely shameless lies," Lavrov told a news conference with the visiting Ugandan foreign minister.

"The ambassadors in Moscow obviously see what Russian TV is showing in live broadcasts and I am sure they are obliged to report to their capitals the facts they see live. Otherwise they would be doing a totally unprofessional job."

Russia denies accusations by the West that it is fomenting separatist unrest in Ukraine and says its neighbour is in the hands of far-right leaders sponsored by the West. Moscow has urged the West to use its influence with Kiev to stop violence in the east which blames on the government in Kiev.

"I have no doubt that in Washington and Brussels and other European capitals they know perfectly well the crux of what is going on in Ukraine," Lavrov said, suggesting Western powers were trying to shift the blame on to Russia.

The Ukrainian authorities say Sunday's referendum on self-rule in two regions of east Ukraine was illegal and the European Union has criticised it. Russia says it respects the outcome and the "will of the people".

Lavrov said no new international talks on Ukraine were planned for the moment, and that such discussions would be of little help in defusing the crisis unless there was direct dialogue between the rival sides in Ukraine.