He said he hoped the talks in Minsk would be an example of seeking a solution through compromise, not by "imposing one's point of view". 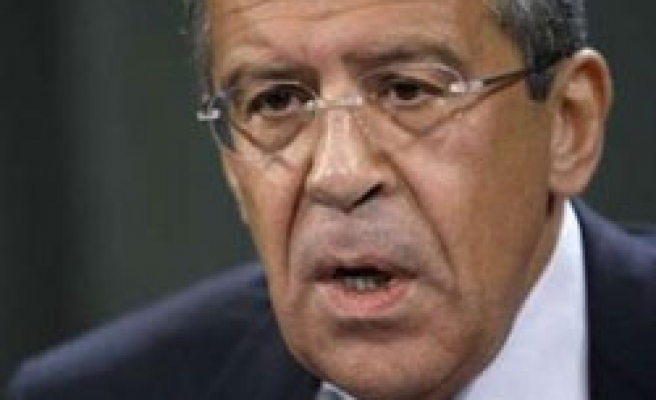 Russia said on Tuesday that Ukraine's moves to join NATO were aimed at undermining efforts to end the war in the east of the country, and called on Washington to use its influence and "talk sense" into Kiev.

Foreign Minister Sergei Lavrov said Kiev's initiative to seek NATO membership came shortly after a meeting of the Russian and Ukrainian leaders to seek to resolve the conflict between the Ukrainian government and pro-Russian separatist rebels.

"So the party of peace was trying, and is still trying, to advance a negotiated political settlement of all the fundamental questions Ukrainians face, and in Kiev, the party of war is taking steps clearly aimed at undermining these efforts," he told a news conference.

"Support for the strengthening of the party of war in Kiev is actively being fuelled and stirred up by Washington and certain European capitals."

He added: "The most important thing is the need to talk sense into the party of war in Kiev, and in large part only the United States can do this."

Ukraine and its Western allies accuse Russia of helping the rebels by arming them and sending in tanks and troops, something Moscow denies.

Italy's La Repubblica reported this week that Russian President Vladimir Putin had told European Commission President Jose Manuel Barroso: "If I want to, I can take Kiev in two weeks", though a Kremlin aide said on Tuesday those comments, if they were actually made, were taken out of context.

Ukrainian Prime Minister Arseny Yatseniuk said on Friday his government would ask parliament to abandon Ukraine's non-aligned status and set the country on a course to seek to become a member of U.S.-led NATO military alliance.

Lavrov noted that Russian, Ukrainian and rebel officials had exchanged documents outlining their positions at talks in Belarus on Monday, and said the very fact they had met was important. More talks are due on Friday.

He said he hoped the talks in Minsk would be an example of seeking a solution through compromise, not by "imposing one's point of view".