UK government's offer to resettle 20,000 of most vulnerable Syrian refugees from camps in Middle East, spread over five years, is too low, too slow and too narrow, according to the group 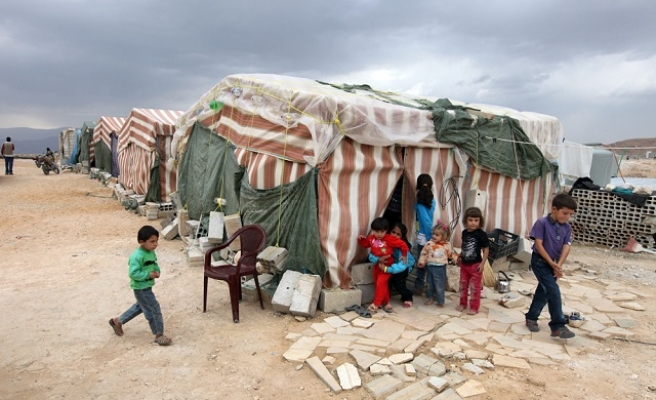 Britain must accept more Syrian refugees faster in response to a humanitarian crisis of people fleeing conflict, a group of over 300 lawyers demanded in a statement released Monday.

The group, which includes a former president of Britain's supreme court and other prominent figures, called for the suspension of a system whereby asylum seekers claim asylum in the first EU country to which they arrive.

"We consider that the UK Government's offer to resettle 20,000 of the most vulnerable Syrian refugees from camps in the Middle East, spread over five years, is too low, too slow and too narrow," the statement read.

Stephen Sedley, a signatory of the petition and a former appeal court judge, said that "stable and prosperous" Britain could do far more.

"As the statement explains, it is within the UK's power to curtail the lethal boat traffic by enabling refugees from countries such as Syria and Iraq to travel here lawfully in order to apply for asylum," Sedley said.

"Since refuge from persecution and war is a universal human right, this means recognising that our Government's present offer to take no more than 20,000 Syrian refugees over five years is wholly inadequate."

Over four million Syrians have been forced to flee their war-torn country since a brutal conflict broke out in 2011, with millions more internally displaced.

Charity Oxfam has accused a range of countries including Britain, France and Russia of failing to do their fair share for Syrians.

"We are working closely with UNHCR to identify and resettle those in the regions who are the most vulnerable," Harrington said.

"This also deters people from attempting these perilous journeys which have already led to so many tragic deaths."