"If they choose their independent way forward that is absolutely fine. Crimea understands them and supports them morally," the new, pro-Moscow leader of Crimea, Sergei Aksyonov, said 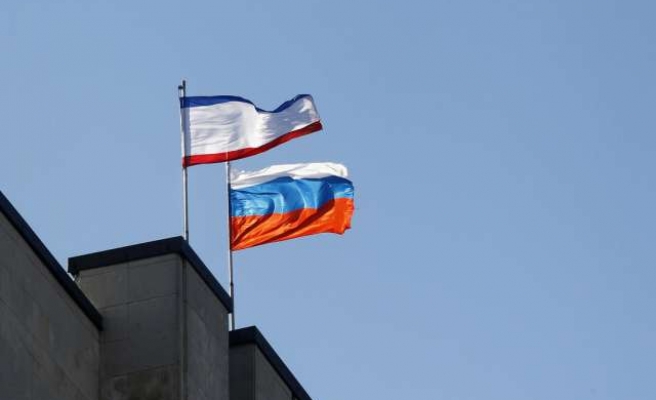 The recently-installed leader of the Black Sea peninsula of Crimea, which Russia annexed from Ukraine in March, on Thursday supported the Scottish independence vote and accused the West of double standards in its dealing with Moscow.

The West slapped sanctions on Moscow over Crimea and stepped them up as pro-Russian separatist unrest spread to east Ukraine's regions of Donetsk and Luhansk where rebels seeking to split from Kiev are now fighting government troops.

Kiev and its Western backers accuse Moscow of fanning the violence and arming the rebels. Moscow denies the accusations and says it stepped in in Crimea only after a local referendum showed most wanted to become part of Russia.

Russia's adversaries say the vote was rigged and most of the international community refused to recognise the annexation.

"If they choose their independent way forward that is absolutely fine. Crimea understands them and supports them morally," the new, pro-Moscow leader of Crimea, Sergei Aksyonov, said at the Kremlin in comments shown live on Russian state TV.

"I am interested to see what Western politicians would do if a territory that used to be part of the United Kingdom decides to go ahead on its own," he said. "Crimeans were not allowed to but the Scots are?"

Moscow, whose ties with the West hit a new post-Cold War low over the crisis in Ukraine, says the right of the Russian-speaking population in east Ukraine to determine their future must be respected.

Separatist leaders in east Ukraine organised another vote on self-rule in May but the West denounced it as a farce.

The United Nations said more than 3,000 people were killed in fighting between the government troops and the separatists in east Ukraine since violence started there in April.

About 20 people waving Scottish flags to the sound of bagpipes gathered in Donetsk on Thursday in a show of support for the Scottish independence. In what looked like a staged appearance, they showed up outside a hotel frequented by journalists.

"We support the Scottish nation, I hope after their referendum they will not end up just as we are now. Donetsk is being shelled every day several times," said a man in the group who gave his name as Nikolai and said was 33 years old.

The group waved banners with English captions reading "We will render you armed strength!" and "DNR is with Scotland", a reference to the separatists' self-proclaimed Donetsk People's Republic.

In spite of a ceasefire agreed between the rival sides, some fighting continues almost daily in the suburbs of Donetsk.

Pre-voting opinion polls showed Scots are almost equally split on whether to stay within the United Kingdom or end the 307-year-old union.