Leaders gather for D-Day tribute, hope for thaw on Ukraine

The government leaders will be sounding each other out in private on the most serious security crisis in Europe since the Cold War: Ukraine. 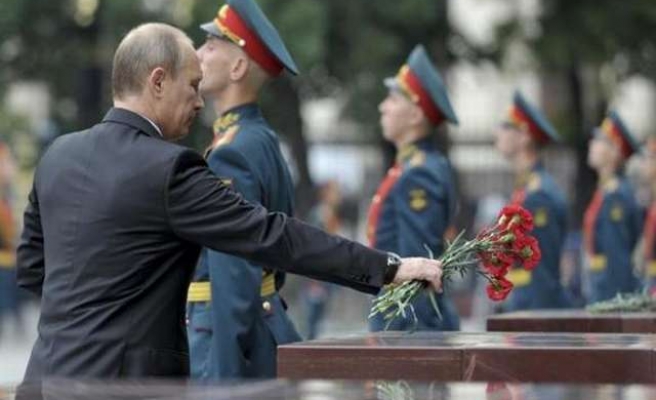 World leaders and veterans gathered by the beaches of Normandy under clear blue skies on Friday to mark the 70th anniversary of World War Two's D-Day landings, with host France hoping the event will help bring a thaw in the Ukraine crisis.

Wreaths, parades, parachute-landings and fireworks will be staged in honour of history's largest amphibious assault on June 6, 1944, when 160,000 U.S., British and Canadian troops waded ashore to confront Nazi Germany's forces, hastening its defeat.

But while the unity of allies and their bloody sacrifices were the central theme of the D-Day remembrance, the government leaders will be sounding each other out in private on the most serious security crisis in Europe since the Cold War: Ukraine.

Russia's annexation of Crimea in March and the current standoff in eastern Ukraine between government forces and pro-Russian separatists have plunged Moscow's relations with the United States and European Union to a post-Cold War low.

French diplomats say Hollande hopes to get Putin to at least shake the hand of Ukrainian president-elect Petro Poroshenko on the sidelines of the ceremonies, in what could represent a first step in defusing tensions.

The French president discussed Ukraine at separate dinners on Thursday with both Obama and Putin in Paris, but officials reported no major breakthrough.

Asked if the Normandy gathering could bring a thaw, French Foreign Minister Laurent Fabius, who attended the talks, told RTL radio: "We'll see how things go today and tomorrow. It is in nobody's interest to have a major conflict in Ukraine."

He said there was no question for the time being of European countries imposing a new round of sanctions against Russian interests.

Putin, who has said he is open to meeting both Obama and Poroshenko while in France, has yet to recognise the legitimacy of the Ukrainian leader who is set to be sworn in on Saturday, although Russia is sending its ambassador to his inauguration.

A Group of Seven (G7) summit of industrialised nations in Brussels on Thursday, from which Putin was excluded, urged Russia to work with Kiev's new authorities to restore stability in eastern Ukraine or face possible tougher sanctions.

Hollande underlined the diplomatic opportunity presented by the D-Day ceremonies, saying: "It is also a major international event which should serve the interests of peace."

Obama told reporters on Thursday that Russia would face new sanctions if it fails to recognise Ukraine's new government and does not work to calm violence from militants in the east of Russia's fellow former Soviet neighbour.

"There is a path in which Russia has the capacity to engage directly with President Poroshenko now. He should take it," Obama said. "If he does not - if he continues a strategy of undermining the sovereignty of Ukraine, then we have no choice but to respond."

Behind the facade of G7 unity, differences emerged over a 1.2 billion euro ($1.63 billion) French contract to sell two Mistral helicopter carriers to Russia. Obama said Paris should have pressed "the pause button" on the deal.

"These contracts have for the most part been paid up and they stand for many jobs," Fabius said on Friday. "The French tradition, which is the same as the United States', is to honour its contracts."

However Defence Minister Jean-Yves Le Drian told France Inter radio that a decision would be taken in the light of the international situation later this year when the first ship is due to be delivered.

Washington says the deal sends the wrong message to Russia at a time of sanctions imposed by Western states on Moscow over the conflict in Ukraine.

Putin's relations with Ukraine as well as with the European Union and the United States have been tense since pro-Western protesters ousted a Moscow-friendly Ukrainian president from power in February and Russia then seized Crimea.