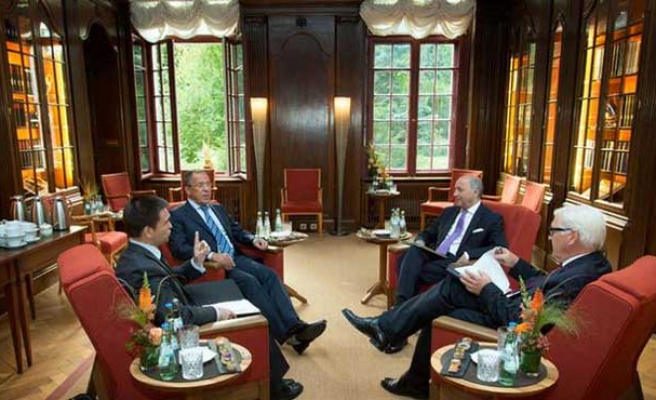 The foreign ministers of Ukraine, Russia, France and Germany agreed on Tuesday to seek a reinforcement of the international monitoring mission in Ukraine and renewed their calls for an oft-breached ceasefire agreement to be respected.

The meeting of about three hours in Paris was called in a bid to rescue an agreement the four powers brokered this month in Belarus capital Minsk, setting out terms for a ceasefire and the withdrawal of arms in the conflict in east Ukraine between government forces and pro-Russian rebels.

French Foreign Minister Laurent Fabius said the four had agreed to call for a one-year extension to the mandate of Organisation for Security and Co-operation in Europe (OSCE) ceasefire monitors in Ukraine and reinforce their personnel, equipment and funding.

A French diplomatic source said that would be discussed in the coming days in Vienna and would include providing the mission with protected vehicles and more technical surveillance means. The withdrawal plan proposed by both Ukrainian and separatist military chiefs was deemed credible by French and German military experts.

His Ukrainian counterpart Pavlo Klimkin was more downbeat, said he feared separatists would now relocate forces towards the government-held port of Mariupol.

The French diplomat said the next follow up meeting would take place in Berlin within 10 days at deputy minister or political director level.