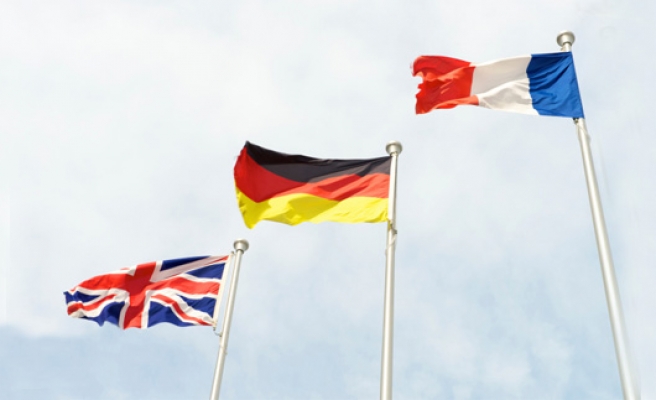 Germany, France and Britain made a joint call Sunday for an urgent meeting of EU interior and justice ministers to find concrete measures to cope with the escalating migration crisis.

The interior ministers of the three countries "have asked the Luxembourg presidency to organise a special meeting of justice and interior ministers within the next two weeks, so as to find concrete steps" on the crisis, they said in a statement.

The call came after Germany's Thomas de Maiziere, Britain's Theresa May and France's Bernard Cazeneuve spoke Saturday on the sidelines of a meeting in Paris on transport security.

The trio "underlined the necessity to take immediate action to deal with the challenge from the migrant influx".

They also called for reception centres to be set up urgently in Italy and Greece in order to register new arrivals, and for a common EU list of "safe countries of origin" to be established.

Berlin, which is expecting to receive 800,000 asylum-seekers this year, has been pushing for such a list, arguing that it would free up resources to help those fleeing war and persecution.

The number of migrants reaching the EU's borders reached nearly 340,000 during the first seven months of the year, up from 123,500 during the same period in 2014, according to the bloc's border agency Frontex.