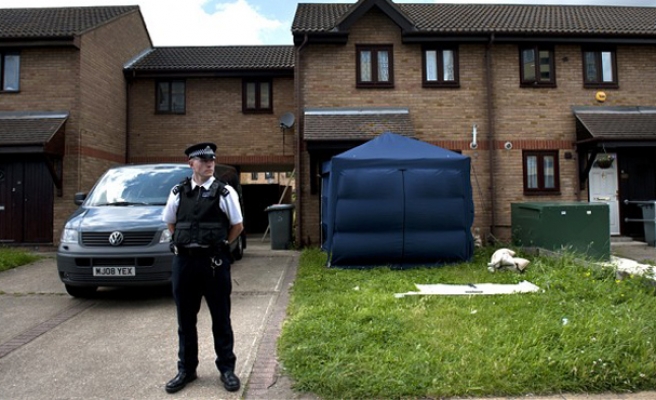 Human rights organizations have launched a legal challenge in the U.K. against a controversial anti-terror power which allows police to question people for up to nine hours on whether they have been involved in acts of terrorism.

The challenge to the Schedule 7 powers, which allow police to hold people at U.K. ports, was brought to the Supreme Court on Wednesday by the Muslim Council of Britain, the London-based Islamic Human Rights Commission and CAGE, which campaign on behalf of the victims of the so-called "war on terror".

CAGE spokesman Asif Bhayat said: "Recent statistics show a 100 percent rise in Islamophobia-related incidents in the U.K., and Muslims are feeling targeted by state institutions in the same way.

"It is about time the Muslim community stopped being scared of being branded 'extremist' for challenging the status quo."

Bhayat said that he hoped that the Schedule 7 power would be scrapped.

The rights organisations are claiming the powers are being widely used to harass and gather intelligence on Muslims travelling to and from the UK and say anyone detained under the powers must "give the examining officer any information in his possession which the officer requests" or face arrest.

Police need have no reasonable suspicion to stop, interrogate or detain anybody under the power, they point out.

The groups will present evidence of what they say is the “discriminatory and disproportionate impact of Schedule 7 on Muslims and minority ethnic communities”.

The organizations say that since Schedule 7 came into force, its powers have been “systematically misused to implement ethnic and religious profiling".

IHRC Chairman Massoud Shadjareh, who was a member of the now disbanded National Accountability Board set up by the government to oversee Schedule 7, said: "The overwhelming extent of the Schedule 7 power has resulted in highly discriminatory racial and religious profiling."

He said that the powers were being misused and had left Muslims "feeling like second-class citizens” and called for a reform of the law and greater accountability to be established.

Anadolu Agency’s analysis of the figures released in June this year showed that Schedule 7 stops only resulted in 1.19 percent of people being detained, and out of those only two people were convicted - or 0.0043 percent of those stopped.

Wednesday's hearing relates to the case of Sylvie Beghal, a French national of Algerian descent, who was stopped after arriving with her children at East Midlands Airport on a flight from Paris in January 2011.

The mother of three refused to answer the questions put to her - which included requests for information about the French-Algerian community in the UK - without the presence of a lawyer and was subsequently convicted for willfully failing to comply with her duty under Schedule 7 to answer questions.

She unsuccessfully brought a challenge against her conviction before the High Court last year, claiming that the detention had violated her rights under the European Convention on Human Rights.

Beghal argued the prosecution was an unjustifiable interference with her "right to free movement" within an EU country as an EU national.

Her Algerian husband had been convicted and jailed in France on terrorism charges, but claims that he was tortured and the conviction was unjust.

U.K. government statistics show that proportionately many more people from ethnic minorities are stopped than whites.

In 2012-13 ethnic minorities accounted for 79 percent of all those who were stopped.

A recent Equality and Human Rights Commission report found that people who identified themselves as being Pakistani were 154 times more likely to be held for more than an hour than those identifying themselves as white.

All three organisations claim they have received scores of complaints of the powers being abused.

They claim that security officials ask Muslims they have stopped if they pray or if they would be willing to spy on their communities or even which political party they voted for.