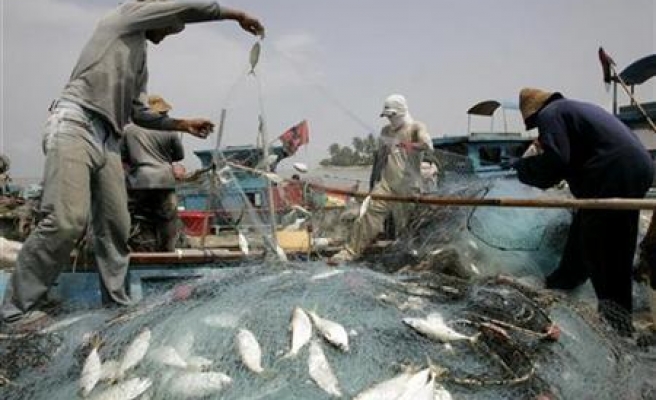 A diplomatic row has broken out of the apparent detention of a Lithuanian fishing vessel seized and towed to a northern Russian port.

The ‘Juros Vilkas’ was stopped in international waters on Thursday and dragged to the Port of Murmansk, a Russian seaport located on the Barents Sea, the Lithuanian Foreign Ministry said in a statement on Friday.

Russia's ambassador to Lithuania was summoned after the apparent detention, according to the Lithuanian Foreign Ministry.

Andrius Krivas, vice-minister of Foreign Affairs of Lithuania, demanded the Russian Federation explain why the vessel was towed to Murmansk.

Russia’s Federal Security Service has confirmed that a border patrol ship "in accordance with its international obligations” boarded the ‘Juros Vilkas’ with a group of officers and two inspectors.

The Lithuanian Foreign Ministry said the ship's crew consists of 28 people, three of which are citizens of Lithuania.

"The Ministry of Foreign Affairs calls on the Russian Federation to comply with provisions of the United Nations Convention on the Law of the Sea and to release the ship and its crew consistently," the Foreign Ministry said in a statement.

Three Baltic countries – Estonia, Lithuania and Latvia – have a tense relationship with Russia, particularly due to European Union sanctions against Moscow over the ongoing conflict in Ukraine.

The Baltic states are trying to diversify their energy sources by signing new agreements with European countries and constructing new energy terminals.

Lithuania – a NATO member – is country which imports all its natural gas from Russia's Gazprom. Lithuania's energy company, Litgas, made a deal with Norway's Statoil last month to purchase liquefied natural gas from Norway for five years. Statoil is to deliver 540 million cubic meters of gas to Lithuania yearly.