'We see this brigade as a driving force that will improve our army,' Ukrainian defense minister says 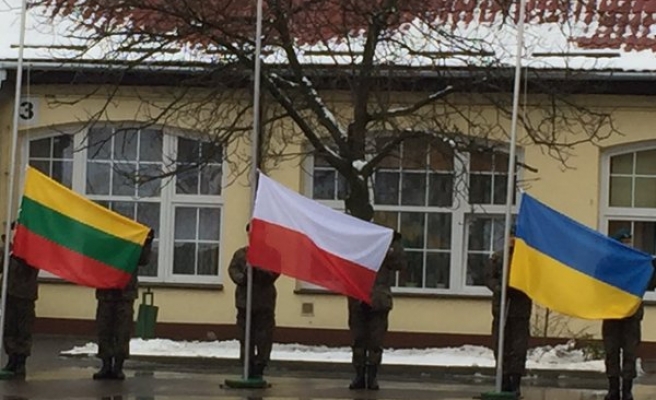 Lithuania, Poland and Ukraine on Monday said a joint brigade of 4,000 troops would be operational next year, as the region maintains a wary eye on Russia and its role in the Ukraine conflict.

"The multinational brigade is a sign, symbol and very clear signal to anyone who would want to undermine peace in Europe," Polish Defence Minister Antoni Macierewicz said in a ministry statement.

While Lithuania and Poland are NATO and EU members, Ukraine is not but has been a part of the defence alliance's Partnership for Peace eastern outreach programme since 1994.

Macierewicz spoke after meeting with his counterparts from Lithuania and Ukraine, Juozas Olekas and Stepan Poltorak respectively, in the eastern Polish city of Lublin.

"We see this brigade as a driving force that will improve our army," Poltorak said, quoted by the Polish news agency PAP.

He added that "the brigade will be fully operational in 2017", while the Polish ministry statement said the military unit would "reach its full combat capability in January 2017".

The three countries signed an agreement in September 2014 to form the so-called Litpolukrbrig brigade, which will mainly take part in peacekeeping operations.

The brigade has been in the works since 2007, but it is being put into action at a time of anxiety among Eastern European states once controlled by Moscow.

Poland and the three Baltic states, which include Lithuania, have been on edge since Russia annexed the Crimean peninsula from Ukraine in March 2014.

The Baltic trio and Poland, which will host a NATO summit in July, have called on the Western defence alliance to reinforce its presence in the region because of their concern over Russia.

The brigade troops will be deployed in their own countries and will join forces during exercises and joint operations. The headquarters will be in Lublin.