The air safety inspectorate intends to reconstruct parts of the airliner in the Netherlands in order to ascertain the cause of the crash. 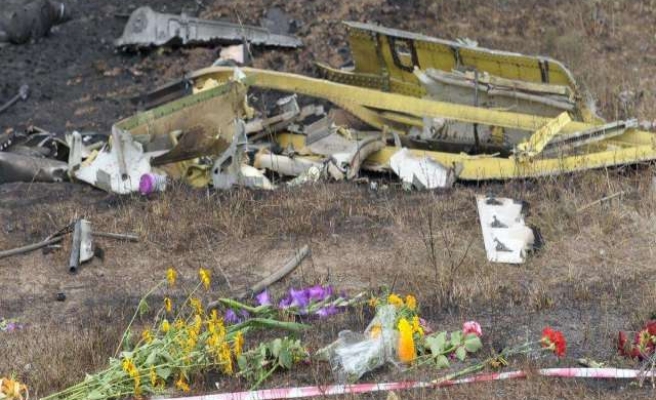 Dutch inspectors had hoped to examine the crash site themselves, following the downing of the flight on July 17 that killed 298 people, two thirds of them Dutch citizens.

But they remain concerned about the safety of their staff in the conflict zone, held by Moscow-backed rebels who are fighting government forces, and decided to commission the local State Emergency Service to search the area further after an initial operation recovered many of the bodies.

Underlining the difficult security situation in the area, Dutch authorities said a mortar had landed 1,500 metres (yards) from the crash site on Sunday.

Pieces of wreckage were taken to the train station in nearby Torez and have been partially loaded on to wagons, the Dutch government said. Personal belongings included two passports and bank cards handed over by locals.

The recovery process is expected to take several days, with the wreckage eventually being taken to the Netherlands.

The air safety inspectorate intends to reconstruct parts of the airliner in the Netherlands in order to ascertain the cause of the crash.

"The crash area is large, so we do not intend to recover all the wreckage," said Safety Board spokesman Wim van der Weegen. "We've got a specific number of items we would like to recover."

He did not specify what items he was referring to.

Dutch authorities are leading both the air accident and criminal investigations into the downing of the Boeing 777, which was flying from Amsterdam to Kuala Lumpur.

But the government has faced growing criticism from victims' families and lawmakers for lack of progress in the investigation.

Kiev accuses pro-Russian separatists of shooting down the plane with an anti-aircraft missile. Russia says a Ukrainian military aircraft shot down MH17.

Around a dozen Dutch officials are on the site supervising the work of Ukrainian emergency services, van der Weegen said.

An interim report published in September which was based on data from the aircraft's black box recorders, photographic and radar evidence, and satellite imagery, said the Boeing 777 was brought down by "high energy objects" in its vicinity -- consistent with attack from the air or the ground.