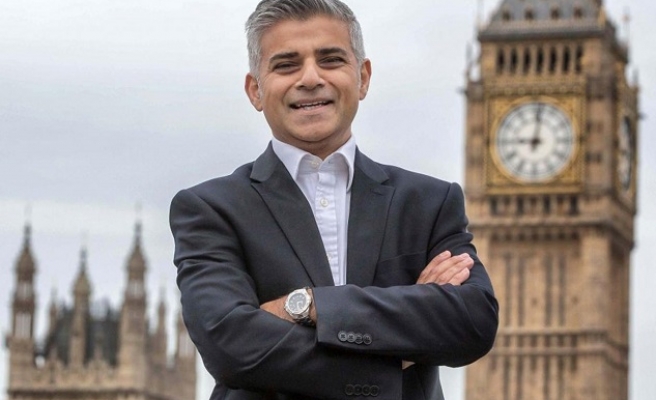 The possible future mayor of London has told Anadolu Agency that he looks to Turkey’s largest city -- Istanbul -- for inspiration.

Johnson, a flamboyant figure in British politics, is not running for re-election this time, leaving Zac Goldsmith to carry the Tory banner on May 5.

Khan, who says it is important for London to be a “global city looking outwards, not inwards” could also become the U.K. capital’s first Muslim mayor.

A previous visitor to Istanbul, Khan admits to being “very impressed” with the metropolis not only as a tourist destination but also as a place for business and commerce.

"Istanbul has a young population. They manage to combine being both European and Asian, being Muslim and being secular. I am very impressed with the progress made in Istanbul.

“The infrastructure expenditure [and] investment in public transport is really important. That's what we need to see in London. London cannot effort to stand still. I want to see Istanbul and London working together."

Khan said his ambition was to be a mayor of a "global" city.

"From Istanbul to Paris, from New York to Chicago. I want to learn the best lessons from the mayors around the world and replicate them here in London.

“One of the things I want to do as mayor of London is not simply compete with Paris but compete with Istanbul and with the 10 fastest growing cities in China and India, " he says.

The son of a bus driver from Pakistan, if he is elected he will be the first Muslim mayor of London. The Tooting MP and former shadow justice secretary, Sadiq Khan, is one of the frontrunners for the position.

"I think being mayor of London is the best job in politics and I have got no ambitions to go for [any] other job. Our current mayor, Boris Johnson, for the last seven years was not being a full-time mayor but thinking about being prime minister," Khan says.

Coming from a multicultural background, the Labour candidate emphasized “the message that it sends to the rest of the world” if London chose a member of an ethnic minority community and a Muslim as its next mayor.

Khan says that too many young British people are becoming radicalized and turning to extremism not because of Islam but because of not knowing the true meaning of the religion.

"We have to make sure that we teach young people how to be resilient. They need to understand the true Islam, which is not what these terrorists propagate.

"We have to make sure that they have good role models. We have to have more integration. If there are dangerous messages coming over the internet, we have to close down the internet service providers. We have to think how we can provide safe spaces for people to get to know each other."

Khan is critical of some current U.K. government strategies on de-radicalisation, such as its Prevent Policy and ‘Channel’, accusing them of not working properly; "They have to be overhauled," Khan says.

Education is the key to integration, says Khan.

"The reason why I have managed to become a lawyer is because my teacher pushed me hard at school; I got to go to university and study law.

“I worry that not all of them get the benefits of living in one of the greatest cities in the world. We cannot afford any Londoners to left behind," he said.

“Unfortunately, over the last few years, the government has cut huge amounts of funding from English as a second language. More than 35 percent of the funding has been lost since 2010. I am a firm believer in teaching people English," he says.

Khan also said that there are around 300,000 Londoners from Turkish origin, who do huge amounts of good for the city.