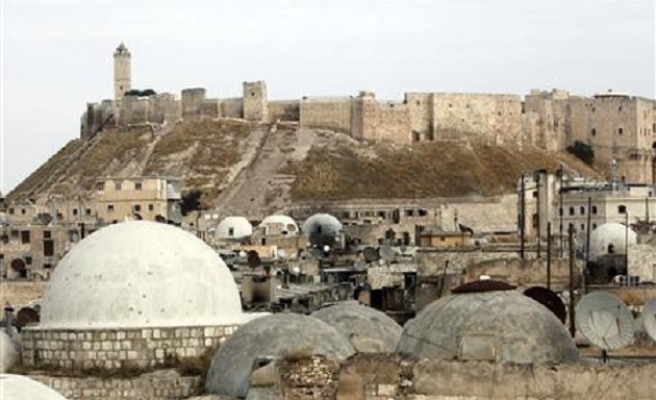 Almost 100 Syrian artifacts looted by the ISIL have been smuggled into Britain and sold to raise money for the group’s activities, art crime experts and archaeologists have warned, according to British news organizations.

The items, allegedly being sold in London, include gold and silver Byzantine coins as well as Roman pottery and glass worth hundreds of thousands of dollars, the Times newspaper reported Wednesday.

The London paper compared the phenomenon with Africa’s “blood diamond” industry, in which money raised by the sale of African diamonds financed wars and conflicts across the continent.

“I get approached all the time about looted artifacts, whether it’s directly from someone who’s trying to sell it or images that were sent to somebody who has offered to buy it,” Christopher Marinello, director of Art Recovery International, told the Times. His group specializes in the identification and recovery of stolen and disputed art and antiquities.

The smuggling is thought to take place via Turkey, Jordan and Lebanon, the Times reported, routes also known for smuggling people, guns and drugs.

BBC’s Radio 4 also took David Gill, professor of archaeological heritage at University Campus Suffolk, to unnamed London galleries to find out whether he could spot any looted artifacts.

The world will have to cooperate with Syria to halt the trade in looted antiquities that helps fund militant groups, Syria's culture minister said, putting the onus on Turkey to stop the smuggling across their shared frontier.

Culture minister Issam Khalil said a U.N. Security Council resolution that aims to stop groups including ISIL from benefiting from the illicit antiquities trade would not be effective without the help of Damascus, a pariah to many Arab and Western states since Syria's war erupted in 2011.

"We have the conclusive documents and evidence to prove our ownership of these antiquities and we also have the will and readiness to cooperate with any serious effort to prevent smuggling of Syrian antiquities abroad," Khalil said in a recent interview at his office in Damascus.

The Security Council resolution passed on Feb. 12 maintains that groups such as ISIL and the Nusra Front are generating income by selling antiquities looted in the conflict.

Syria is a cultural treasure trove that includes six sites on the World Heritage list compiled by the United Nations' cultural arm, UNESCO. In the course of the war, four of those sites, including Palmyra and the Crac des Chevaliers, have been used for military purposes, the United Nations says.

In a recent example of the damage being done, the Necropolis at Palmyra, where the ruins of one of the most important cities of the ancient world still stand, was looted in November, according to the UNESCO website.

Khalil criticised Turkey for "facilitating" smuggling across the 910-km (560-mile) border which he said was the main route for antiquities leaving Syria illegally.

Damascus and Ankara have been at odds since the eruption of the rebellion against President Bashar al-Assad in 2011, with Turkey supporting groups fighting the government.

Tension between Damascus and Ankara flared anew on Sunday when Turkish forces crossed into northern Syria to evacuate around 40 Turkish soldiers who were guarding the mausoleum of a figure revered in Turkey as the grandfather of the founder of the Ottoman Empire.

In a move described by Damascus as a "flagrant aggression", the Turkish forces relocated the tomb of Suleyman Shah to a more secure area.