Macedonia hopes the refugee crisis will bring it closer to NATO 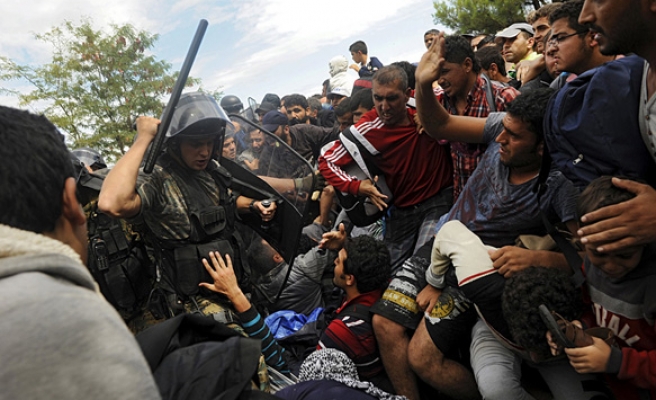 Macedonia Defence Minister Zoran Jolevski on Thursday said he hoped his country's "responsible" attitude to the refugee crisis would help accelerate its entry into Nato, something Greece has blocked until now.

Jolevski said Macedonia, which has closed its border with Greece stranding thousands of refugees, had shown that it was a "responsible member of the international community".

More than 14 000 mainly Syrian and Iraqi refugees have been camped out on the Greece-Macedonia border crossing - many of them for weeks - at a squalid camp. Macedonia has not let anyone enter since Monday.

"This refugee crisis is yet more proof that all countries from the region must be integrated in Nato structures if their people and their politicians and governments wish it," Defence Minister Zoran Jolevski said in Slovenia.

"We believe that with more Nato members in the region, the region will be more stable," he said, adding that the country was pressing ahead with reforms of its military to comply with Nato standards.

Macedonia has been in a decade-long stalemate in the process of accession to both the European Union and Nato due to a veto by Greece. Athens denies its neighbour the use of the name Macedonia, claiming to have a historical right on it.

Macedonia in recent months allowed hundreds of thousands of refugees in from Greece to travel northwards through the western Balkans to northern Europe, but has now severely restricted access under pressure from Austria and other Balkan countries.