At their second meeting in a week, the two are expected to once again raise the idea of establishing a European army as a symbol of a united continent, a proposal that has raised Trump's hackles. 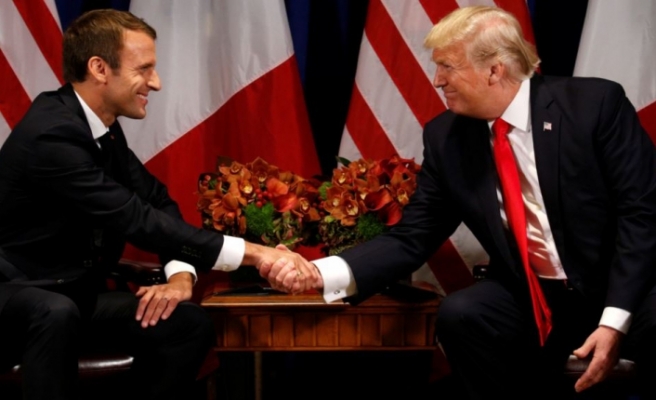 German Chancellor Angela Merkel and French President Emmanuel Macron were due to meet in Berlin Sunday in a show of unity against rising populism in the era of US President Donald Trump.

Macron's visit comes a week after world leaders met in Paris to commemorate the end of World War I a century ago and marks Germany's Day of Mourning for victims of war and dictatorship.

After a wreath-laying ceremony, Macron was at 1230 GMT to address the German parliament -- housed in the glass-domed Reichstag still bearing the scars of World War II -- in the first speech by a French leader to the assembly in 18 years.

Macron and Merkel, who were to meet for talks from 1400 GMT, are both committed pro-Europeans who have resisted rising populist, eurosceptic, and anti-immigration forces in Europe, as well as Trump's isolationist "America First" stance.

As the world has remembered World War I, which ended a century ago this month, Macron has repeatedly invoked its horrors to drive home the message that rising nationalism is again destabilising the world.

Macron and Merkel have proposed a European army that would operate within NATO -- an idea Trump has mocked by tweeting that "it was Germany in World Wars One & Two - How did that work out for France?"

But German Defence Minister Ursula von der Leyen insisted Sunday that a joint military force would need not just common equipment and training but also "the political will to resolutely defend European interests when a conflict breaks out".

And France's Minister for European Affairs, Nathalie Loiseau, told the Journal du Dimanche: "it is not a question of being against the United States but of taking our destiny into our own hands to no longer count on others".