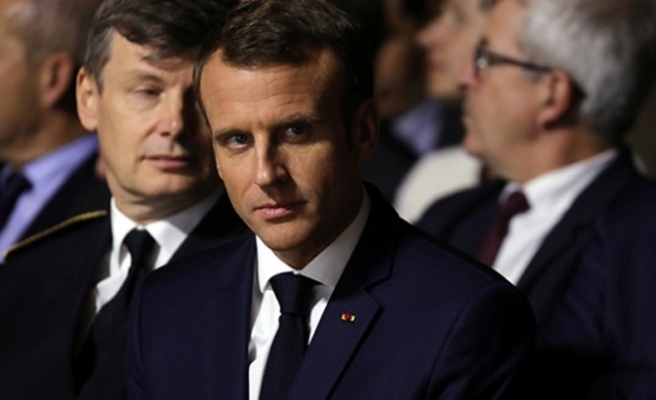 French president on Saturday reiterated his call for building a European army to reduce dependence on the U.S.

Speaking to reporters ahead of a meeting with his U.S. counterpart Donald Trump, French leader Emmanuel Macron said: “It is unfair to only depend on the U.S. for European security.”

In an interview with Europe 1 on Tuesday, Macron had called for building a European army.

"We will not protect the Europeans unless we decide to have a real European army," Macron had said.

Trump, for his part, said his country will continue to support Europe in defense field, but the Europeans needed to contribute to the burden sharing fairly.

In early hours of Saturday, Trump said on Twitter: "President Macron of France has just suggested that Europe build its own military in order to protect itself from the U.S., China and Russia.”

"Very insulting, but perhaps Europe should first pay its fair share of NATO, which the U.S. subsidizes greatly!," the U.S. president added.

The two leaders said the murder caused an increase in the stability in the Middle East, the local media reported.

Khashoggi, a Saudi national and columnist for The Washington Post, was killed Oct. 2 inside the Saudi Consulate in Istanbul.

After weeks of denying involvement, the kingdom admitted Khashoggi had been killed at the consulate but claimed the Saudi royal family had no prior knowledge of a plot to murder him.

Last week, Turkish prosecutors announced preliminary findings that said Khashoggi was strangled to death in a premeditated killing soon after he entered the consulate.

The Istanbul Chief Public Prosecutor's Office said Khashoggi's body was disposed of after being dismembered.

Saudi authorities have so far claimed no knowledge of the whereabouts of his remains.