The president will speak to the French people at 8:00 pm (1900 GMT), his Elysee office announced -- his first public comments after four weeks of nationwide anti-government demonstrations which again turned violent Saturday in Paris and other cities. 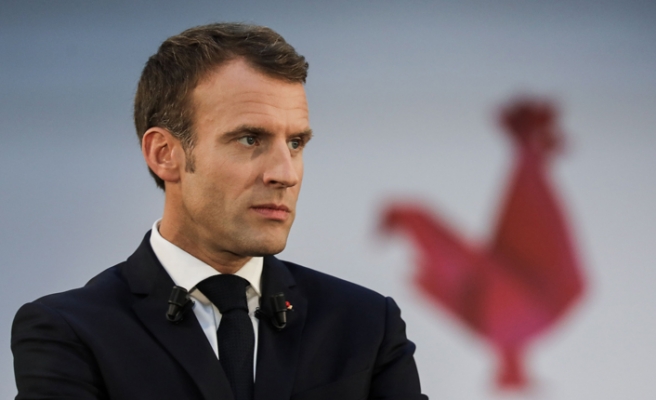 President Emmanuel Macron will address the nation on the "yellow vest" crisis Monday and meet trade unionists and business leaders in search of a way to end the protests that have rocked France.

Government officials have said the 40-year-old centrist would announce "immediate and concrete measures" to respond to protesters' grievances.

"It is clear that we underestimated people's need to make themselves heard," government spokesman Benjamin Griveaux told Europe 1 radio on Sunday.

Finance Minister Bruno Le Maire said the weeks of unrest were an "economic catastrophe" for France, causing havoc on the roads and putting off shoppers and tourists in the run-up to Christmas.

The "yellow vests", clad in the luminous safety jackets carried by law in all French cars, began staging nationwide roadblocks on November 17 in protest against tax hikes raising the price of fuel.

Their demonstrations have since snowballed into a mass movement against ex-banker Macron, whom protesters accuse of being out of touch with ordinary people in provincial France.

Looting and rioting, blamed mostly on far-left and far-right agitators, has repeatedly broken out in Paris, spreading to Bordeaux, Toulouse, and other cities.

Authorities said the property damage caused in the capital on Saturday was far worse than a week earlier, with burnt-out cars and broken glass left strewn across several neighbourhoods.

Some 10,000 protesters had taken to Paris' streets, where about 8,000 police were deployed.

Security forces launched a massive operation in a bid to minimise the unrest, detaining more than 1,000 people and mobilising armoured cars in Paris for the first time.