Clinging to independence bid, Catalan government says its police will 'never give up exercising powers that are its own' 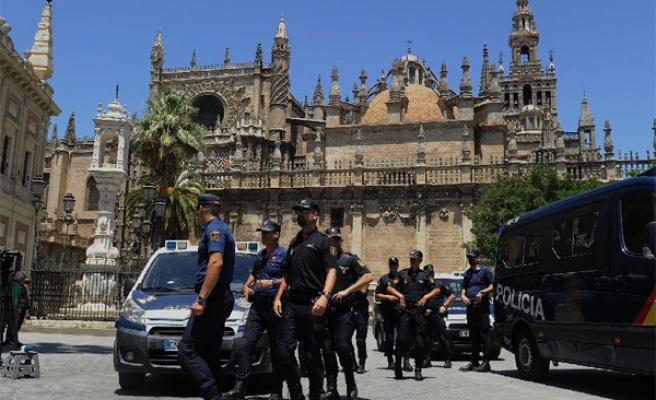 In another bid by Madrid to block a planned Oct. 1 independence referendum, Catalonia’s three police forces were put under coordinated command Saturday, a move immediately rejected by local officials of the wealthy northeastern region.

However, neither the Catalan government nor the Catalan police force will accept the new leadership, according to Catalonia regional government’s interior minister, Joaquim Forn.

“The Mossos will never give up exercising the powers that are its own,” Forn told a press conference Saturday afternoon, adding: “The major of the Mossos has expressed the will of the corps to not accept the coordination of the Spanish state.”

Joan Maria Pique Fernandez, Catalan’s government spokesperson, told Anadolu Agency that this, along with the Spanish government taking control of the region’s finances last week, are back-door ways for Spain to take control of Catalonia without invoking Article 155.

Article 155 of Spain’s Constitution allows the central government to fully suspend a region’s autonomy, but must be passed by Spain’s Congress.

So far, application of the worst-case-scenario law, once described by former Foreign Minister Jose Margallo as a political “atom bomb,” has not been on the table. However, Spanish Prime Minister Mariano Rajoy has not ruled it out.

“You,” said Rajoy, speaking to the Catalan separatist government “are making a mistake and you are going to force us to go where we don’t want to go,” he said last week in a televised speech at a ruling Popular Party meeting.