Pro-Palestinian British MP George Galloway attacked in London street by man said to have been shouting about the Holocaust. 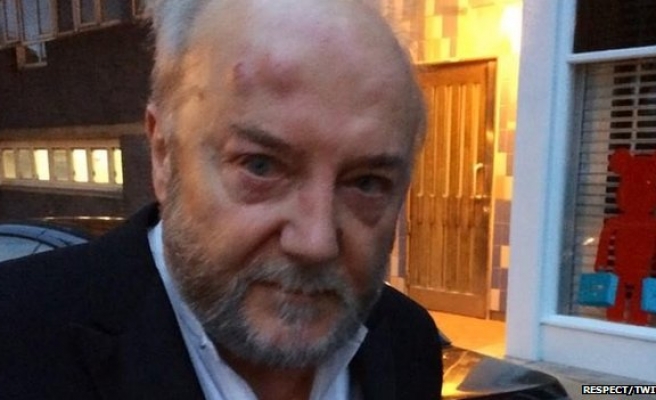 A man has been charged with a religiously-motivated "assault by beating" on British MP George Galloway, police said on Saturday.

Galloway, who recently declared the northern English city he represents an "Israel-free zone", was attacked on a west London street on Friday night.

Police said Neil Masterson, 39, had been charged with "assault by beating which is religiously aggravated" and would appear in court on Monday.

"It is thought that the attack is connected to Mr Galloway's support for the Palestinian cause," his Respect Party said in a statement.

The Respect MP was posing for pictures with people in Golborne Road, Notting Hill, when a man allegedly set upon him. Police were quickly at the scene and arrested a man.

The MP's spokesman said he had bruising and was in "a pretty bad shape".

He has been discharged from hospital after treatment for his injuries.

The outspoken Scot, dubbed "Gorgeous George" by the British media, recently made headlines when he declared Bradford to be an Israel-free zone and urged people to reject all Israeli goods, services and tourists.

A Respect spokesman said the incident appeared to be connected with Israel because the attacker had been shouting something about the Holocaust.

Galloway stunned British politics when he won his West Bradford seat in 2012 to become one of only a handful of lawmakers from outside the three major parties.

He was interviewed by British police earlier this month following a speech on August 2 in Leeds in which he claimed Bradford as an Israeli-free area due to the attacks on Gaza.