Protestors carrying banners reading: "Accuse Government, Not Our Kids" and "No to Police Racism." 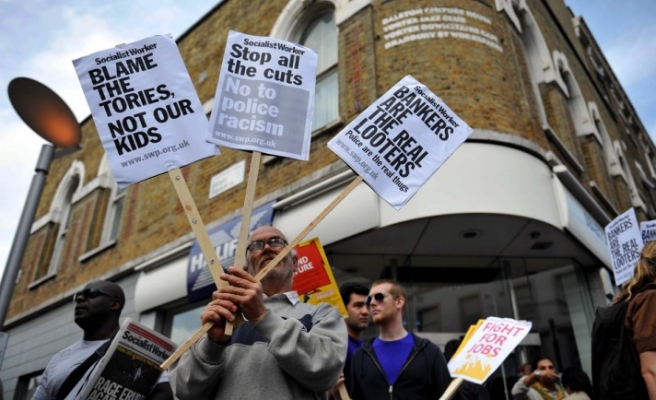 After violence, rioting and looting in British capital of London, a demonstration took place in the north of London where a great number of Turkish people are living.

The march started at Dalston neighborhood and ended near police station in High Road in Tottenham. Nearly 2,000 people attended the march protesting British police's stance during incidents and the government's cuts. Protestors carrying banners reading: "Accuse Government, Not Our Kids" and "No to Police Racism."

Turkish citizen Besim Can, one of the protestors, told the A.A correspondent that both British media and other media organs showed as if there were two sides during incidents; youths looting in streets and the people trying to protect their neighborhood. "But it was not that simple. Youths in the street and the people protecting their shops suffer from the same thing," said Can, who has been living in London for five years. "The march aimed to show this. In fact tension and violence occurred due to economic crisis that hit Britain and the government's cuts," Can said.

Meanwhile police have been carrying out raids as part of efforts to track down people suspected of involvement in rioting and looting in London in recent days.

Police have detained so far over 1,200 people, and at least 700 people have been arrested by courts.

The incidents erupted following a demonstration over the shooting of 29 year-old Mark Duggan, who was killed after what was reported to be an exchange of gunfire with police.