A year ago insurgents vowed "economic war" on Russia's strategic assets such as pipelines and power stations as part of their plan to force Russia quit Muslim states. 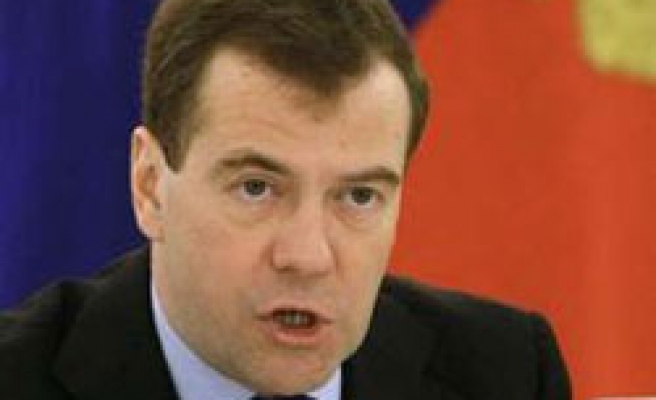 President Dmitry Medvedev threatened on Thursday to sack top security officials if they fail to prevent more attacks on strategic assets in North Caucasus after suspected a hydropower plant was bombed there.

Six masked men stormed the power plant in Kabardino-Balkaria on Wednesday, shot dead two guards and set off remote-controlled bombs beside the main generator units, investigators for the prosecutor's office said in a statement.

"There needs to be a fundamentally different system, designed and unified for all economic structures in the Caucasus," Medvedev told top energy official Igor Sechin at a meeting in Moscow shown on state television.

Officials "must do all they can to make sure that such things do not happen again. If they do, none of the law enforcement, security and energy company chiefs will keep their jobs. They will all be fired."

A year ago insurgents vowed "economic war" on Russia's strategic assets such as pipelines and power stations as part of their plan to force Russia quit Muslim states.

Sechin earlier on Thursday visited the burnt-out Baksanskaya plant in Atazhukino, about 40 km (25 miles) to the west of Kabardino-Balkaria's capital Nalchik, where police armed with Kalashnikov automatic rifles nervously guarded the entrance.

Although power supplies were not disrupted, Sechin said it would take almost two years to rebuild the plant, and it would cost 1.5 billion roubles ($49.10 million).

No one has taken responsibility for the bombing.