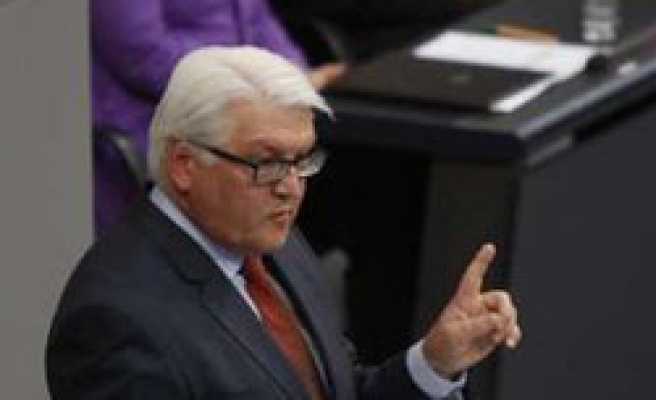 A senior ally of German Chancellor Angela Merkel has warned the foreign minister and his fellow Social Democrats (SPD) against pursuing a more friendly approach towards Russia in the Ukraine crisis, according to Spiegel magazine.

"I know Mr (Frank-Walter) Steinmeier as a sensible diplomat. And we also need the dialogue with Russia," Horst Seehofer, leader of the Bavarian Christian Social Union (CSU), was quoted as saying in an interview published on Saturday.

"But if Mr Steinmeier is pursuing his own form of diplomacy alongside the chancellor, that would be highly dangerous," warned Seehofer whose CSU is the sister party to Merkel's Christian Democrats Union (CDU).

His comments come after Matthias Platzeck, chairman of the German-Russian Forum business lobby and erstwhile SPD chief, suggested this week the West should recognise Russia's annexation of Crimea to save face for President Vladimir Putin.

He is the first high-ranking German to say the West should endorse the annexation as a way to help resolve the Ukraine crisis. Steinmeier rejected the notion.

Seehofer said that some members in his party were also in favour of a more friendly approach towards Russia and that he was trying to keep them at bay, but this was harder to achieve with mixed signals coming from the Social Democrats.

Westerns countries needed to stand united and the German government needed to speak with one voice, he said, noting that he would bring up his concerns at a high-level coalition meeting next Tuesday.