Merkel and Putin call for ceasefire in Ukraine 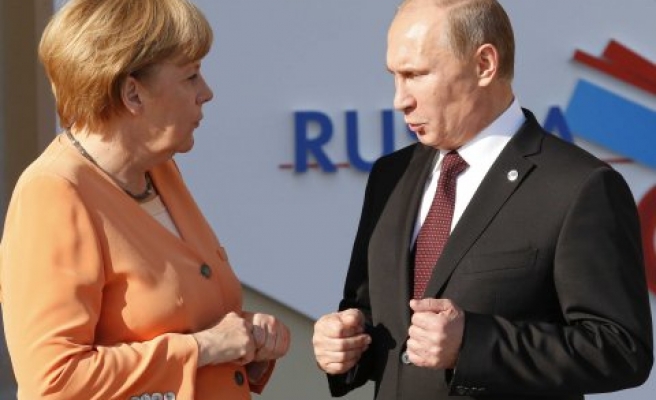 The pair have been in regular telephone contact over the Ukraine crisis, with Merkel urging Putin to use his influence with pro-Russian separatists to help bring about an end to fighting in the east of the former Soviet republic in which hundreds of people have been killed.

Putin's spokesman Dmitry Peskov said Merkel and the Kremlin leader agreed the situation 'has a tendency towards degradation'.

"Both Putin and Merkel stressed the necessity to urgently resume the work of a contact group on Ukraine, possibly in the format of a video conference. It is their common opinion that, in order for the contact group to resume its work, a ceasefire needs to be declared as soon as possible," Peskov said.

A separate statement released by Merkel's office said effective controls along Russia's border with Ukraine and an exchange of prisoners were key prerequisites for a ceasefire.