Merkel said there were far more critical things on which to spy, and snooping on friends eroded trust. 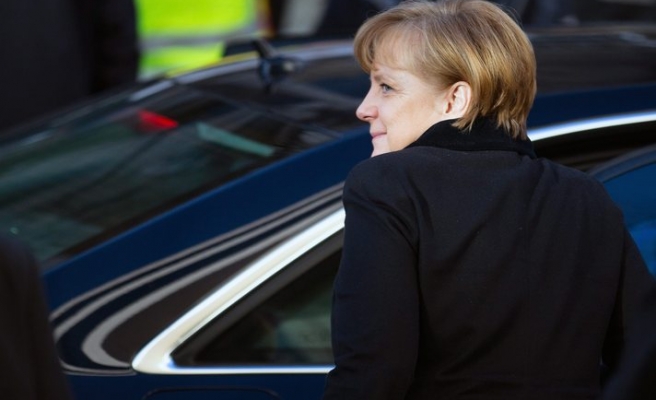 Angela Merkel said on Saturday that new allegations of U.S. spying showed Berlin and Washington were completely at odds over how they viewed the role of intelligence, and she hoped German action would persuade the United States not to spy on partners.

Her comments to German broadcaster ZDF come two days after her government told the CIA station chief in Berlin to leave the country, in a dramatic display of anger after German officials unearthed two suspected spies.

On Friday, White House press secretary Josh Earnest told reporters "when differences arise, we're committed to resolving those differences through the established private channels... we don't believe that trying to resolve them through the media is appropriate."

The scandal has chilled relations with Washington to levels not seen since Merkel's predecessor opposed the U.S. invasion of Iraq in 2003. It follows allegations last year that Merkel's phone was bugged by American agents.

Asked how angry she was on hearing of the suspected spies, one of whom worked for German foreign intelligence (BND), the other at the defence ministry, Merkel said, "it is not about how angry I was. For me it is a sign that we have fundamentally different conceptions of the work of the intelligence services."

"I can't say in advance if [the measures we took] will have an effect, of course I hope something will change. But the important thing is to show how we view things .. and it is not a co-operative partnership when such things take place."

Merkel said there were far more critical things on which to spy, and snooping on friends eroded trust.

"We are not living in the Cold War anymore and are exposed to different threats. We should concentrate on what is essential," she said.

She added however, that German intelligence agents continued to work well with Americans and she hoped this would continue. She also ruled out any disruption to negotiations between the European Union and the United States on a free trade agreement because of the row.

U.S. officials familiar with the matter told Reuters on Friday that the German defence official under investigation was in contact with a U.S. State Department officer rather than American intelligence agencies, raising questions about whether any espionage occurred. He has not been arrested.

The other man is in custody after being arrested for espionage. He has told investigators he passed documents to the CIA, and U.S. officials have privately acknowledged he did so, and that the CIA believed his information was valuable.

Surveillance is a sensitive issue in a country where the memory of the Nazi's Gestapo secret police and communist East Germany's Stasi means the right to privacy is treasured.

White House spokesman Earnest said on Friday Washington valued its security relationship with Germany. He added: "Allies with sophisticated intelligence agencies are aware of the activities and relationships that are included."