'What is on the table is no surprise, we want to work on the proposals with a solution-oriented attitude,' German Chancellor says 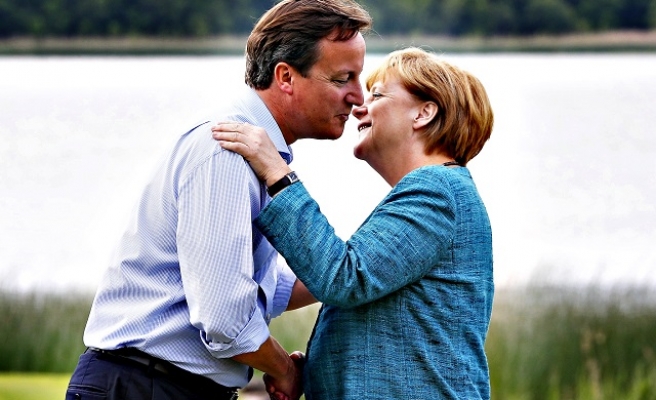 German Chancellor Angela Merkel said Tuesday she was "reasonably confident" that a deal could be found with London to avert the possibility of Britain leaving the European Union.

"What is on the table is no surprise, we want to work on the proposals with a solution-oriented attitude," she said after Prime Minister David Cameron laid out his demands for EU reforms.

"There are some difficult (demands), others that are less difficult, but if we adopt the spirit that we can resolve this, then I am reasonably confident that we can succeed," she told journalists at a joint press conference with visiting South African PresidentJacob Zuma.

In a major speech outlining Britain's demands for change following pressure from EU leaders, Cameron warned he was ready to "think again" about British membership if he could not strike a deal withBrussels and the bloc's 27 other member states.

Among proposals he laid out are: improved competitiveness, greater "fairness" between eurozone and non-eurozone nations and sovereignty issues including an exemption from the aspiration of ever-closer union.

Most controversial is the demand to ban EU migrants to Britain from claiming certain state benefits for four years after arriving.