Merkel made direct references to Russia's annexation of Crimea and the crisis in Ukraine during her speech as well as to the threat posed by militants in Syria and Iraq. 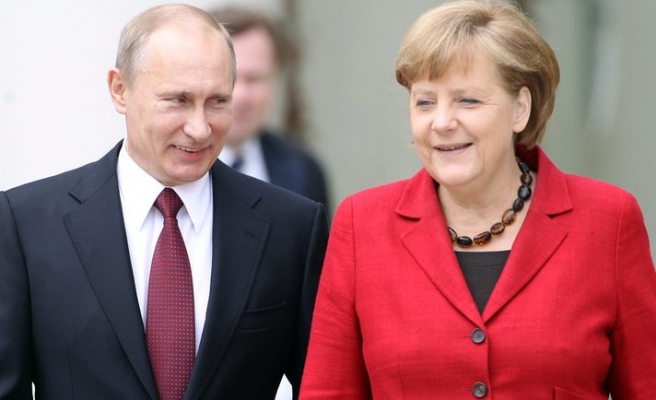 Germany's path to reunification shows that lessons learned from its peaceful fight for freedom can be used to resolve many of the problems facing Europe and the world today, Chancellor Angela Merkel said on Friday.

In an unusually personal speech marking the 24th anniversary of German unification, Merkel said it was the courage of East Germans yearning for freedom that helped end the Cold War - and that similar courage was now needed worldwide.

"We can all feel, more clearly now than in a long time, that freedom ... tolerance and human rights are not always self-evident," she told 1,500 dignitaries in Hanover and a national television audience. "They are not self-evident at home, nor in the European Union, across Europe nor around the world."

Merkel said the basic rights which she and her fellow East Germans won with the fall of the Berlin Wall in 1989 and German unification 11 months later on Oct. 3, 1990, had to be defended repeatedly everywhere they were threatened.

Merkel made direct references to Russia's annexation of Crimea and the crisis in Ukraine during her speech as well as to the threat posed by militants in Syria and Iraq.

Merkel, who grew up in Communist East Germany and was a young scientist in East Berlin when the Berlin Wall opened, said Germany's peaceful revolution in 1989 was proof that the tide can eventually turn for the right cause.

"Everything is possible. That's what I and millions of other East Germans experienced first hand," she said. "So we shouldn't be discouraged by everything happening in 2014. On the contrary, unification day shows us what's possible."

Merkel, who has been chancellor since 2005, warned Russia against robbing its neighbours of their independence even though at another point she praised Moscow for the constructive role it played in supporting Germany's path to reunification.

"We in Germany cannot deny others what we received with our reunification, the freedom to decide our future on our own," she said, adding Germany would to work to ensure that Ukraine, Moldova and Georgia had the same rights to self-determination.

She said there must be a joint response against any country, such as Russia with its annexation of Crimea, that violates the principles of freedom and self-determination.

"The sanctions agreed by all 28 EU members against Russia was a clear answer to that," she said, but added at the same time it was important to keep all channels of dialogue open with Russia, as was the case during the Cold War.

"With a policy of toughness combined with a readiness for dialogue, we are charged with standing up for the strength of what's right instead of allowing the stronger power to determine what's right."

Merkel said German unification has been a great success story even though there were still some considerable gaps economically and socially between east and west Germany. "We've obviously still got a lot of work to do," she said.

An opinion poll released by the Emnid institute on Thursday said 23 percent of easterners felt they were the "losers" of unification.