German Chancellor says EU leaders will have open debate on Turkey next week, but not take any formal decision 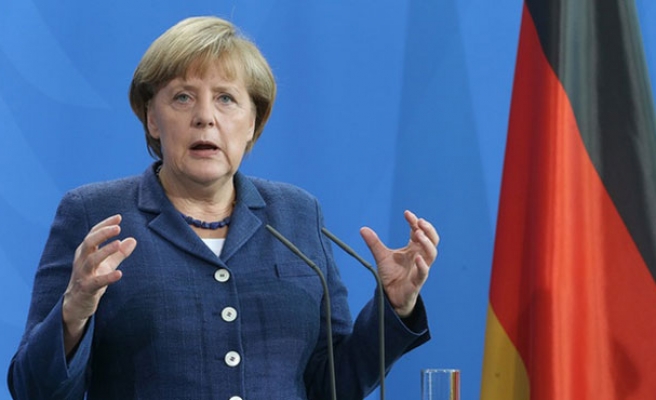 The EU leaders will have an open debate next week on future relations with Turkey, but would not take any formal decision, German Chancellor Angela Merkel said Saturday.

In her weekly video podcast, Merkel said they have asked the European Commission to present a report on Turkey, amid recent tensions between Ankara and European capitals.

“We will certainly not take any decision, but I would like to listen to the views of my colleagues on bilateral relations with Turkey,” Merkel said.

The EU’s head of states and governments are scheduled to meet in Brussels on Oct. 19-20 for a planned European Council meeting.

Merkel came under enormous pressure from her rivals ahead of the Sept. 24 elections to suspend Turkey’s EU membership talks amid recent tensions.

She promised last month to discuss the future of EU-Turkey ties with other European leaders, but also underlined importance of maintaining dialogue with Ankara.

Ties between Turkey and Germany have been strained in recent months as Turkish leaders heavily criticized their German counterparts for turning a blind eye to outlawed groups and terrorist organizations like the PKK and Fetullah Terrorist Organization (FETO), which use the country as a platform for their propaganda, financing and recruitment activities.

German politicians on the other hand criticized Ankara over the arrest of around a dozen German citizens, including a reporter and a human rights activist, on suspicion of aiding and abetting a terrorist organization.

Turkish officials have repeatedly underlined the independence of judiciary in Turkey and ruled out any political influence by the government with regards to the cases involving German citizens.