Three weeks after German voters handed Merkel's Christian Democratic Union its worst result in decades, the leader of Europe's biggest economy is locked in another poll battle -- this time in the region of Lower Saxony. 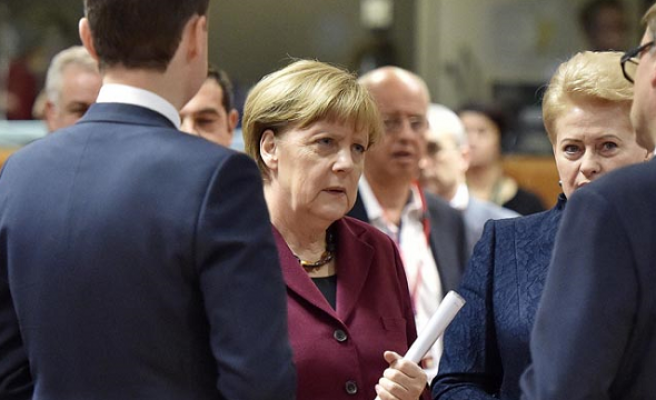 German Chancellor Angela Merkel faced a regional vote test Sunday, after winning a fourth term with a disappointing showing that has forced her to embark on high-stakes coalition talks.

Latest surveys show the CDU lagging behind the Social Democratic Party (SPD) in the state, the fourth most populous in Germany and home of scandal-tainted Volkswagen.

"A victory in Lower Saxony is important for Merkel because it would strengthen her and show that her party can still win state elections," said Oskar Niedermayer of Berlin's Free University.

But a defeat "would be a bad sign for the negotiations which begin in the middle of next week" on forming a new coalition government in Berlin, the popular German daily Bild said.

The stakes are equally high for Merkel's rival, SPD leader Martin Schulz, who suffered a humiliating defeat in the national election after already losing the last three regional votes.

"If the SPD loses its fifth election this year under Schulz's leadership, things could get very difficult for him," news magazine Spiegel wrote.

Lower Saxony was forced into a snap vote after the ruling coalition of SPD and the left-leaning Greens collapsed when it lost its wafer-thin majority due to the defection of a single lawmaker.

Such a fragile coalition will be precisely what Merkel will seek to avoid as she opens talks with potential partners on Wednesday.

But after 12 years at the helm of the EU's top economy, she is now facing one of her toughest challenges: to turn rival political players into roommates.

If she succeeds, Germany could get its first coalition government grouping Merkel's restive conservative camp, the liberal and pro-business Free Democrats (FDP) and the Greens.

If they fail to reach an agreement, Merkel will have to call fresh elections.