Merkel: Germany should get used to more mosques

German Chancellor Angela Merkel urged citizens in a newspaper interview to get used to mosques as part of the country's changing landscape. 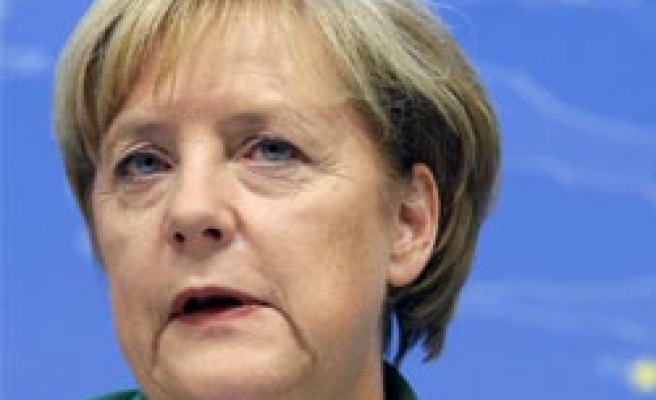 German Chancellor Angela Merkel on Saturday urged citizens in a newspaper interview to get used to mosques as part of the country's changing landscape, admitting Germans had for too long failed to grasp how immigration was changing their country.

"One thing is for sure: our country will continue to change and integration is a duty for a society that welcomes immigrants", she told the Frankfurter Allgemeine Zeitung.

Her comments come as immigration has been the source of recent heated debate, notably provoked by a controversial new book by a central banker and politician criticising the integration of Muslims in Germany.

A furore broke out in Germany after the publication in August of a book by 65-year-old Thilo Sarrazin, Germany Does Itself In, that said the country was being made "more stupid" by poorly educated and unproductive Muslim immigrants.

Sarrazin resigned from the central Bundesbank earlier this month but has refused to leave the opposition centre-left Social Democrats (SPD), despite moves to expel him.

"For years we have deluded ourselves on this subject", Merkel said, but "mosques, among other things, will become an ever more present feature of our landscape".

Germany is home to at least 4 million Muslims.

The uproar sparked by Sarrazin, who argued Turkish and Arab immigrants were failing to integrate and swamping Germany with a higher birth rate, is one of several recent prominent disputes touching on religion and integration.

Switzerland sparked international condemnation last year when it voted to impose a ban on building minarets.

Religious disputes have erupted in the United States during the past few weeks over plans to build an Islamic cultural centre close to the site of toppled World Trade Center.

Meanwhile ties between Berlin and Paris were strained this week by a terse exchange between Merkel and French President Nicolas Sarkozy over France's expulsion of Roma.

She added that immigrants who did not make enough of an effort to integrate in the country should expect to be treated "firmly" and would "suffer the consequences".