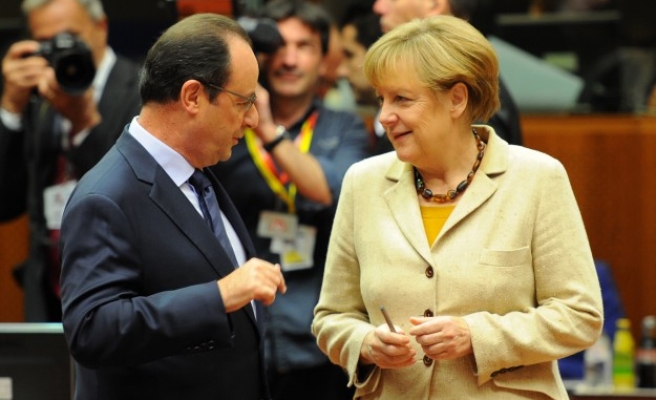 German Chancellor Angela Merkel and French President Francois Hollande will jointly address the European Parliament in Strasbourg on October 7, the first such event by leaders of the two countries since 1989, a statement said.

"This is a historic visit for historically difficult times. The EU is facing immense challenges and requires strong commitment by its leaders," EU Parliament chief Martin Schulz said in a statement announcing the visit.

"It is an important signal that such commitment will be made in front of Europe's democratically elected representatives," added Schulz, who invited the two leaders to make the joint address.

Merkel and Hollande, the leaders of the European Union's two biggest economies, have played a driving role in a series of challenges that have gripped the 28-nation bloc, ranging from the refugee crisis to the Greek debt saga and the conflict in Ukraine.