German chancellor has praised Turkey for assisting millions of refugees from Syria and urged the EU to mirror their efforts to take responsibility for refugeeshumanitarian crisis. 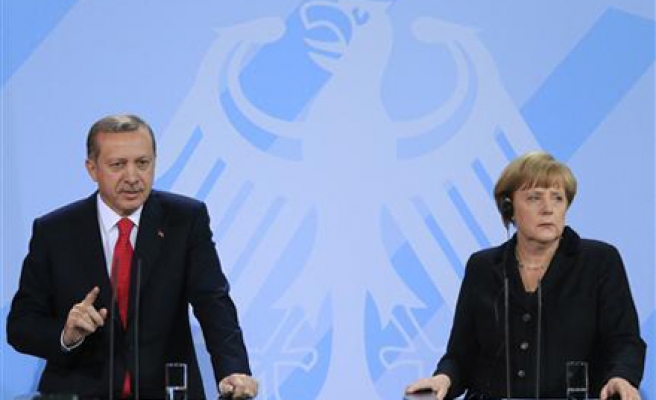 German Chancellor Angela Merkel praised Turkey on Monday for providing shelter to millions of Syrian refugees and urged Europe to share the responsibility.

"Turkey has done a lot so far to address the Syrian refugee problem and continues to do so… but recent developments and refugees coming to Greece show that Turkey has also come to its limits of what it can achieve alone," Merkel said at a Berlin news conference.

"Therefore we will have talks with Turkey on how we can help, how we can cooperate."

Turkey shares a 900 kilometer (560 mile) border with Syria and has sheltered more than 1.7 million Syrians and is caring for an estimated 200,000 other refugees from countries such as Iraq, Iran and Afghanistan, according to the UN.

Merkel called on EU member states to shoulder a greater share of responsibility for refugees. Germany is expecting to receive 800,000 asylum applications by the end of the year, four times the number of last year.

She criticized Slovakia, where the government has said it will only accept Christian refugees.

"Universal human rights have been closely linked to Europe and its history," Merkel told reporters. "This is one of the founding impulses of the EU. If Europe fails to address the refugee problem, if this close link to universal human rights breaks down, be destroyed, then it will not be the Europe anymore that we envisage."

Conflict in the Middle East and Africa has led to a surge in number of refugees heading for the EU. Last year, 626,000 migrants applied for asylum in 28 EU member states but that number is overshadowed by the number Germany alone expects this year.

Merkel called on Germans to take a clear stance against far-right extremists and show solidarity with refugees. She said Germany had the ability to absorb a record number of asylum seekers.

The surge in asylum applications in Germany has fuelled anti-immigration sentiment and far-right parties and groups have launched protests. However, these have been countered by demonstrations in support of those seeking a new life in the country.

There have been at least 278 attacks against asylum seekers and refugee shelters so far this year, including at least 33 arson attacks.