Merkel rules out military intervention over dispute in Ukraine

In a speech to about 1,200 people in Frankfurt, ahead of the European parliamentary elections next month, Merkel said the lessons of two world wars in the last century could not be forgotten 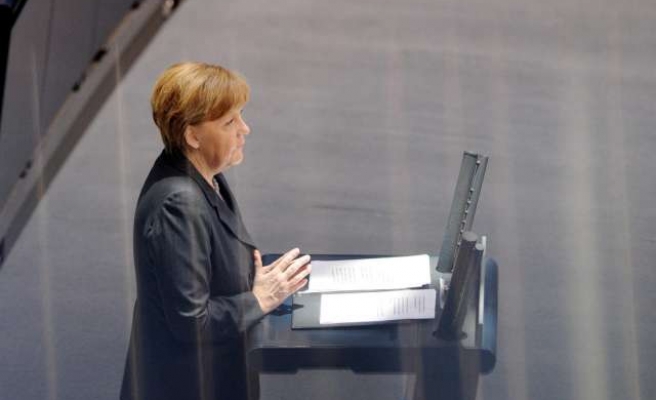 German Chancellor Angela Merkel on Wednesday ruled out military intervention in the dispute with Russia over Ukraine and said she was counting on a diplomatic resolution to Europe's worst crisis since the Cold War ended.

In a speech to about 1,200 people in Frankfurt, Germany's financial capital, ahead of the European parliamentary elections next month, Merkel said the lessons of two world wars in the last century could not be forgotten.

"We will not resolve our conflicts in Europe with military means. Military solutions can be excluded," she added to loud applause.

Germany, which relies heavily on Russia for natural gas supplies, has been trying to defuse tensions over Ukraine and is seen in the West as reluctant to ratchet up sanctions against Moscow.

An opinion poll for ARD television on Wednesday evening showed that 72 percent of Germans are worried about the return of a "cold war" between Russia and the West while only 18 percent are in favour of military support for Ukraine.

In Kiev earlier on Wednesday, Ukraine's acting president Oleksander Turchinov said Ukraine's armed forces are on full military alert in case of a Russian invasion and reiterated concern over Russian troops massed on the border.

Merkel, who will visit U.S. President Barack Obama on Friday, said it was important to keep talking.

"The bottom line is that we're counting on a diplomatic solution. We're helping Ukraine on a difficult journey and we want to continue having a reasonable partnership with Russia," she said.