Merkel uncertain of success in Ukraine talks with Putin 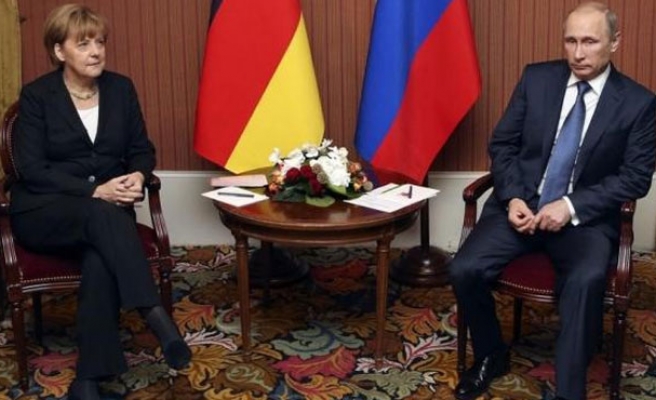 German Chancellor Angela Merkel has said she is uncertain of success in her attempts with French President Francois Hollande to hold negotiations to end the conflict in Ukraine.

Speaking as she prepared to fly to Moscow with Hollande for talks with Russian President Vladimir Putin, she told a news conference in Berlin on Friday that the question of success was "completely open".

She said: "We don’t know if we will have long or short talks in Moscow or if these will be the last talks.

"We can only do what we can to resolve this conflict and especially to end the bloodshed."

Her comments came after she and Hollande held five hours of negotiations on Thursday in Kiev with Ukraine President Petro Poroshenko.

After the talks, Ukrainian officials expressed little hope that the negotiations would succeed.

There was no new proposal by Merkel and Hollande, but a demand for the implementation of the Minsk cease-fire accord agreements, said Valery Chaly, deputy head of Ukraine’s presidency, in an interview on 1+1 television on Friday.

But the accord broke down rapidly and fighting in Ukraine has claimed about 5,400 lives since the beginning of the conflict in April, according to UN statistics.