Merkel under fire for arms exports to Mideast 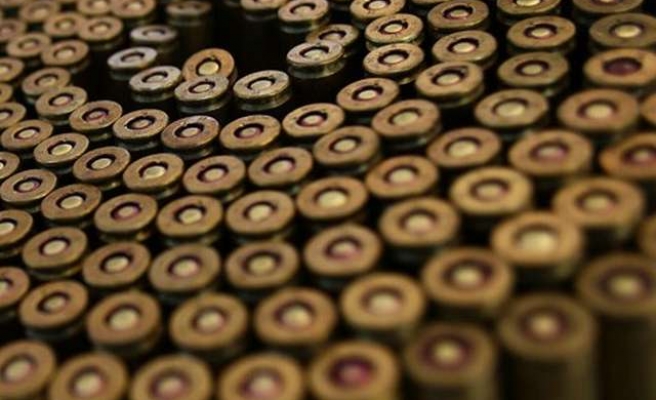 Germany's national security council has approved the export of arms to Saudi Arabia, Qatar and other countries in the Middle East, according to a document from Economy Minister Sigmar Gabriel obtained by Reuters.

The decision stood in stark contrast to government action in May, when two-thirds of proposed arms export licenses were declined, according to media reports, including to Arab states that have now got the go-ahead for deals.

It was not clear if these were the same accords that were rejected earlier this year and there was no immediate comment from the German government, which has faced fierce criticism from local arms manufacturers over the recent curbs.

The arms for sale have included, according to a report from the Sueddeutsche Zeitung on Friday:

Green Party lawmaker Agnieszka Brugger has sharply criticized German government for not honoring its commitment to follow strict principles for arms to countries that are not members of the EU or NATO.

“The German government has not restricted arms exports, but on the contrary, has unscrupulously moved forward by approving arms sales to countries with highly problematic human rights records,” Brugger said.

“It seems that Vice Chancellor Gabriel has totally caved in to the arms lobby,” he said.

Last year, Gabriel had promised more transparency in Germany’s defense exports and stressed that the conservative-left coalition government sworn in in December, would pursue strict policies in issuing licenses for military exports.

During the election campaign a year ago, the SPD had criticized both Germany’s growing defense expenditure and the policies of the previous conservative-liberal coalition government.

The SPD’s leader demanded stricter rules for countries that seek military imports from Germany, rules that should take into account the democratic and human rights standards of those countries.

Meanwhile,  export licenses accorded to German defense companies have increased by 24 percent in 2013 and reached a total volume of 5.8 billion euros, according to a report by Germany’s Federal Ministry for Economic Affairs and Energy published in June.

Algeria, Qatar, Saudi-Arabia, Indonesia and Israel were the top importers of German arms outside the EU and NATO. Germany’s arms sales have reached a ten-year high in 2013 with a record volume of 3.6 billion euros in exports to non-EU and non-NATO countries.

Germany was the 3rd largest arms exporter in the world for the period 2009-2013, according to the Stockholm International Peace Research Institute (SIPRI). Germany’s arms exports  account for the 7 percent of world deliveries.

German Economics Minister Philipp Rösler stresses that the government takes a very responsible approach to the approval of arms exports. In the case of Egypt, for example, the government decided to "put everything on hold for the time being because of the uncertain domestic political situation."

A spokesman for the Federal Ministry of Economics and Energy said that Germany pursues a restrictive policy regarding the control of arms exports. Based on the national guidelines for the export from the year 2000 as well as the European common approach from the year 2008, each case is reviewed individually given the situation in the respective region and the country. This includes an assessment of the potential export with regard to peace, security and stability in the region.

The respect for Human Rights is assessed thoroughly, the spokesperson said.