Merkel: We are glad for Jewish life in Germany 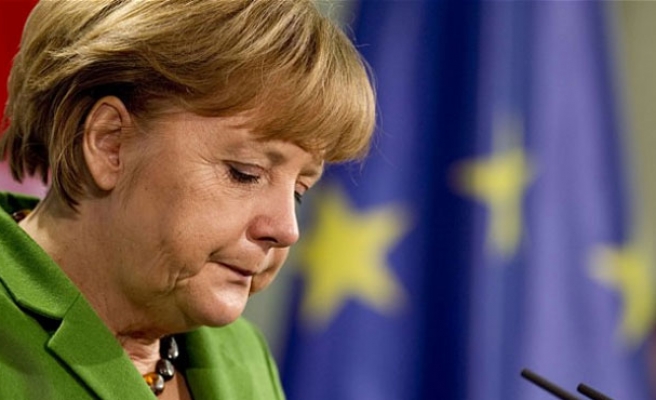 “We are glad and also grateful for the existence of Jewish life again in Germany,” Merkel said at a press conference in Berlin on Monday.

She praised the resurgence of Jewish life in Germany in recent years, seven decades after the Holocaust, which claimed the lives of 6 million Jews.

“We would like to continue living together with Jews here in Germany,” Merkel insisted.

She promised to take all necessary measures to ensure the security of Germany's resurgent 200,000-strong Jewish community.

Government spokesman Steffen Seibert said on Monday that Germany views Jewish life as a component of German culture and identity.

“As Chancellor Merkel has emphasized during an anti-Semitism rally in Berlin last September, Jewish life is resurging in Germany. Jewish life belongs to Germany, it is part of our German identity, our German culture,” Seibert said.

“The German federal government will do everything to ensure that Jewish life continues to develop here,” he also stressed.

Deputy foreign ministry spokeswoman Sawsan Chebli said that it was the responsibility of all members of German society to make Jews feel secure in the country.

Israeli Prime Minister Netanyahu called on European Jews to emigrate to Israel on Sunday, hours after an attack on a synagogue in Danish capital Copenhagen.

"Jews have been murdered again on European soil only because they were Jews and this wave of terrorist attacks – including murderous anti-Semitic attacks – is expected to continue," Netanyahu said at the beginning of a weekly cabinet meeting.

Israeli paper Haaretz had reported that Netanyahu's government has worked hard to double the number of Jewish immigrants to Israel from Europe.

According to official statistics, 26,500 Jews migrated to Israel in 2014, the highest number in a decade. Around 8 thousand of them were from Western European countries.

17 people were killed in France in early January, when terrorists targeted the offices of French satirical magazine Charlie Hebdo and the kosher supermarket in Paris. Al Qaeda in Yemen reportedly claimed responsibility for the attacks.