CSU's leader Seehofer says they prefer to form a coalition government with the Social Democrats, but still open to talks with Greens. 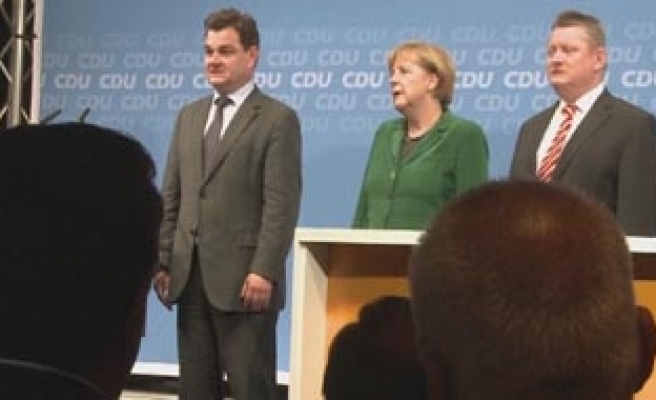 Leader of Germany's Christian Social Union (CSU), Horst Seehofer, said on Tuesday that they would prefer to be in coalition with the Social Democrats rather than the Greens, but for the time being "all options remain open."

Seehofer’s remarks came only days ahead of the first preliminary talks between Chancellor Angela Merkel's CDU/CSU alliance and the Greens scheduled for Thursday.

"We take these talks as serious as our talks with the SPD," Seehofer said in Munich, clarifying his earlier statements which raised speculations in German media and sparked uneasiness among his partners.

Seehofer told Bild newspaper on Monday that leaders of CDU, CSU and SPD have already agreed to meet this Friday, a day after the meeting scheduled with the Greens.

This has led to the speculations in the media as if the CDU, CSU and the SPD leaders have already reached to an overall agreement and now there would only be symbolic talks with the Greens. Neither the CDU nor the SPD officials commented on Friday's meeting.

Chancellor Angela Merkel won a victory in September 22 elections, but she still needs a coalition partner to gain absolute majority at the federal parliament.

Merkel decided to hold exploratory talks first with the Social Democrats and later with the Greens in order to see the chances for forming a coalition government.

Merkel’s CDU/CSU alliance and the main opposition Social Democrats held their first meeting on October 4 and agreed to hold a second round of exploratory talks next week, on October 14.

Both the Christian Democrats and the Social Democrats recently signaled willingness to make compromise for forming a "grand coalition", but beginning of formal coalition talks depends on the approval of SPD's mini convention which is to gather on October 20.

Any ultimate coalition agreement will still have to be approved by the 470 thousand members of the SPD in a mini referendum later this year.

Chancellor Merkel’s CDU/CSU alliance won 311 of the 630 seats in September 22 general elections, but fell 5 seats short of winning an absolute majority at the Bundestag, the lower house of the Parliament. The main opposition party Social Democrats (SPD) won 193 seats and the Greens won 63 seats.

For a stable and strong government, Chancellor Merkel still needs the support of the SPD. The main opposition party currently dominates the Bundesrat, the upper house of the German parliament.