The Infratest-dimap survey put Merkel's conservatives on 42 percent, unchanged from a week ago, but a 1 point gain for their Free Democrat (FDP) coalition partners pushed their combined score to 47 percent. 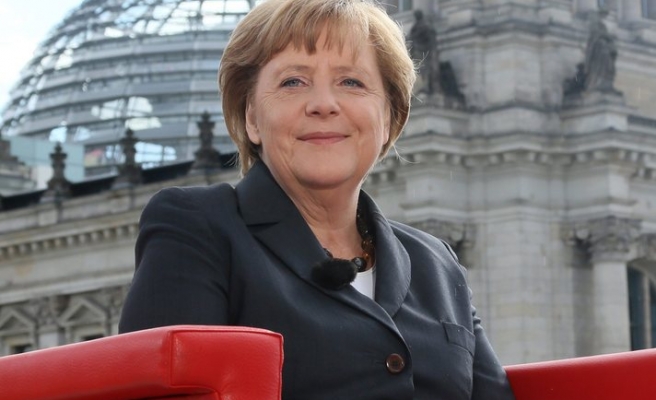 German Chancellor Angela Merkel's centre-right coalition has enough support to win a parliamentary majority in a Sept. 22 election, the first time it has taken the lead in nearly four years, according to a new poll.

The Infratest-dimap survey put Merkel's conservatives on 42 percent, unchanged from a week ago, but a 1 point gain for their Free Democrat (FDP) coalition partners pushed their combined score to 47 percent.

That, said Infratest, put the centre-right partnership ahead of left-leaning opposition parties, who scored a combined 46 percent, for the first time since Nov. 2009.

A majority in the Bundestag lower house can be secured with the support of less than 50 percent if the parties in question have more support than the other leading parties combined.

The poll showed the main opposition Social Democrats (SPD) up 1 point at 26 percent, the Greens down 1 point at 13 percent and the far-left Left party flat at 7 percent.

Surveys by other polling groups have previously given Merkel's centre-right coalition a lead.

Although Merkel, Germany's most popular politician according to the poll, is widely expected to win a third term in the election, there is fierce speculation about whether the FDP will fare well enough for her to form another centre-right alliance.

Merkel has said that is what she is campaigning for but pollsters say she may be forced to consider other alternatives. A "grand coalition" with the SPD is seen as the most likely result should she fall short of a centre-right majority.