Some lawmakers in Merkel's conservative bloc have openly criticised gamble she has taken as she nears decade in power, reflecting growing unease in electorate 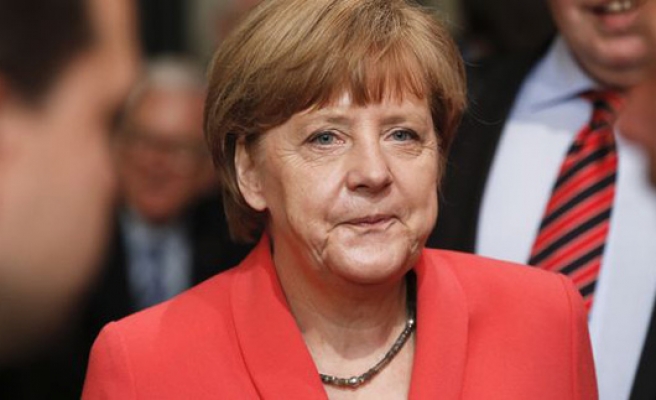 German Chancellor Angela Merkel's bold open-door policy for refugees has sparked a backlash in her conservative ranks, and a rare dip in her usually sky-high popularity ratings.

After the party-like atmosphere of recent weeks when volunteers euphorically welcomed Syrians at train stations, many have now begun more soberly reflecting on what it will mean to accept up to one million newcomers this year.

Some lawmakers in Merkel's conservative bloc have openly criticised the gamble she has taken as she nears a decade in power, reflecting growing unease in the electorate.

"In the party and among the rank-and-file, the euphoria is nowhere near as large as in the party leadership and the chancellery," said lawmaker Klaus-Peter Willsch of her Christian Democratic Union (CDU).

He criticised the leadership's "feel-good speak" and mantra-like promises that "we will somehow manage this", pointing to existing problems in integrating migrant groups, in comments to the Passauer Neue Presse daily.

Last week 25 conservative lawmakers in a joint statement said that "invitations for all the world's refugees to come to Germany could overburden our society".

News weekly Die Zeit said "Merkel's decision to open Germany to the refugees may have been the most spectacular and most far-reaching of her chancellorship".

"It could also be the decision with which the party chief has alienated her CDU like never before. Has Merkel, at the apex of her power, engineered her own demise and even her fall from power?"

Few are predicting the end of the Merkel era yet, given the remarkable career of the leader often described as the world's most powerful woman.

The pastor's daughter from the former communist East Germany has dragged her party, dominated by conservative men, firmly into the political centre, dispatching rivals and silencing dissent with a string of ballot box victories.

Through years of eurozone turmoil, she has been popular at home for her cautious leadership style, punctuated by occasional bold decisions, such as Germany's nuclear exit -- or her move earlier this month to open the gates to tens of thousands of refugees stuck in Hungary.

After 20,000 came in a single weekend, she said the influx "will change our country in coming years", stressing that with good integration policies "we want that the change is positive, and we believe we can accomplish that".

The woman often portrayed as Europe's cold-hearted austerity champion in the Greek debt crisis now urged EU partners to open their doors in "solidarity" and smiled as grateful refugees took selfies with her.

Not everyone felt the love, and Merkel's conservative Bavarian allies, the CSU, led the charge, labelling the policy a "mistake" and the influx through their state capital Munich an "emergency situation".

The conservative Frankfurter Allgemeine Zeitung said Monday "the unprecedented opening of Germany is an epoch-making experiment with opportunities but also with considerable dangers for the internal peace and the cohesion of society".

At home and abroad, it said, Merkel's welcome had "caused considerable irritation, which culminated in the pointed question whether Germany has become a hippie state with the motto 'make love, not walls'."

Worries have grown about the migrant wave, amid news reports of brawls in crowded refugee centres, and as the onset of chilly autumn weather means thousands must urgently be moved from tents into sparse apartments.

CDU lawmaker and talkshow regular Wolfgang Bosbach said people "are entitled" to having doubts about how Germany can cope, adding that "I urgently warn against labelling all sceptics as xenophobes".

Outlining the massive challenge ahead, he said Germany must now "promote the construction of apartments and build schools, hire teachers and kindergarten staff, adjust the labour market and vocational training, teach the German language and German law -- and do all of that at the same time".

"Our hearts are wide open," he said, "but our capabilities are finite."