The NGO will hold a press conference alongside members of the Doctors Without Borders aid group before the ship's launch, expected around 5:00 pm (1500 GMT). 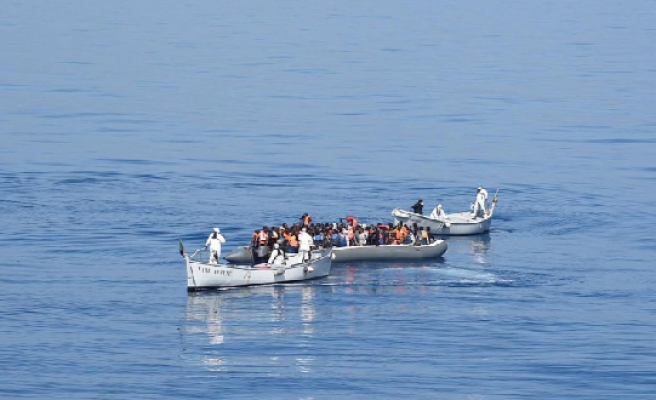 The French NGO operating the rescue ship Aquarius, which precipitated a European political crisis in June after both Italy and Malta blocked it from docking with 630 migrants aboard, said Tuesday it would return to sea.

"As long as people are trying to cross the Mediterranean, the Aquarius is preparing to resume its rescue mission. Its departure from Marseille is scheduled for tomorrow (Wednesday)," SOS Mediterranee posted on Twitter.

The Aquarius had picked up 630 stranded migrants, including children and pregnant women, on the night of June 9-10 when Malta and then Italy refused to allow it access to their shores.

Italy's new far-right Interior Minister Matteo Salvini later threatened to turn away any migrant rescue boats, sparking a fresh row among the EU's 28 members over how to handle the influx of people fleering war and misery.

After being stranded at sea for days, the new Socialist Spanish government offered to let the ship land at Valencia, where its passengers disembarked on June 17.

France, which had refused to let the ship dock, pledged to take some of the migrants in, eventually allowing 78 into the country.

The crisis prompted EU leaders to seek a compromise deal on migrant entries at a summit meeting in late June, which could lead to "disembarkation platforms" outside the bloc, most likely in north Africa, to discourage migrants boarding EU-bound smuggler boats.

The hard-line approach toward migrants by the new populist government in Italy -- long the main destination for people trying to arrive by boat from North Africa -- has helped spur the surge in new arrivals to Spain.

Last month the UN migration agency said Spain had become the top destination for the more than 50,000 arrivals in Europe so far this year, with over 18,000 landing on Spanish shores.

SOS Mediterranee, founded in Marseille two years ago, says it has rescued over 29,000 migrants in its 28 months of operations.