A study revealed that 37 percent of the German population resent Muslims and more than 50 percent have negative feelings towards Roma. 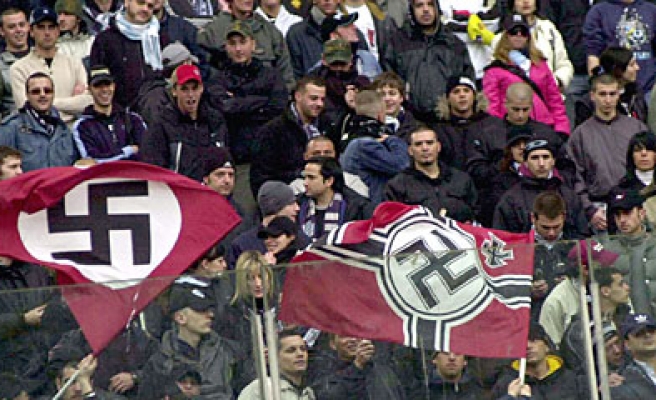 Almost 37 percent of those surveyed said that they are in support of the prohibition of immigration of Muslims to Germany, while 43 percent of Germans said that they “sometimes feel like a foreigner in their own country due to so many Muslims living here,” according to the research conducted by Leipzig University scholars Professor Elmar Braehler and Dr. Oliver Decker.

A total of 24.1 percent argued that foreigners should be sent back to their home countries, should there be a scarcity of jobs in Germany.

The research by Leipzig University experts on right-wing extremist attitudes in Germany was based on a survey carried out in February, March and April this year.

The research team interviewed 2,432 citizens aged between 14 and 90, a representative group reflecting the social characteristics and demographic composition of the German population.

The research has revealed a significant increase in negative views towards Muslim immigrants in the last five years.

Those who argued for a ban against the immigration of Muslims to Germany has increased from 21.4 percent in 2009 to 36.6 percent in 2014.

A total of 18 percent of those surveyed approved xenophobic statements, while five percent agreed with anti-Semitic statements.

The survey showed that there is a widespread negative perception of asylum seekers in society.

A total of 55.3 percent said they did not believe that asylum seekers really flee from prosecution or pressure in their home countries, while 76 percent opposed the simplification of processes for granting asylum to refugees.

Negative feelings against refugees and immigrants were stronger among the unemployed, older people and those living in the former communist East Germany.

Leipzig University’s study has revealed that, despite a higher prevalence of negative feelings against Muslim immigrants, asylum seekers and Roma people, support for right-wing extremism has decreased to 5.6 percent this year, compared with 9.7 percent in 2002.

The study concluded that a large number of Germans with xenophobic, chauvinist or anti-Semitic tendencies did not only vote for right-wing parties, but also center-right or center–left parties.

Oliver Decker, who has been conducting the Leipzig University’s study on right-wing extremism since 2001 with Professor Elmar Braehler explained this with new dynamics in society and economic performance.

“Not all the immigrants in general are discriminated against, most Germans now think: yes, we also benefit from immigration. But those who trigger the imagination of being fundamentally different or having a good life without working hard, they attract discrimination,” Decker said.

He said: “This also goes together with the importance of the economy in Germany: the economy is something like an unquestionable authority.

"If the economy is strong, people are happy. But they still have to obey and this produces aggression which then is turned against people that appear to be different or weak.”