A spokesperson for the German Federal Police said that, as of January 1, exactly 4,749 unaccompanied child and adolescent refugees are believed to be missing. Of them, 431 were less than 13 years old and it is believed countless have had their organs harvested or forced into prostitution 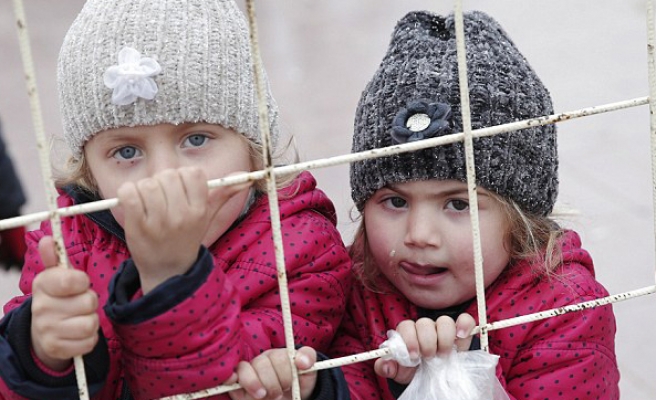 Aiman Mazyek, the chairman of the Central Council of German Muslims, said that immediate changes need to be made to the asylum system to protect children and young people reports the Daily Mail.

He has demanded answers as to why Europeans were not speaking out in defence of the missing children.

'We must assume that many of these children and young people have fallen into criminal circles, that they are forced into prostitution or their organs were removed,' said Mr Mazyek at a press conference, reports Die Welt.

'Where is the outcry? This silence in the face of many missing people can be heard very loudly.'

Heinz Hilgers, the president of the German Child Protection Agency said that children without parents or guardians were “easy targets” for criminal gangs.

"These perpetrators are not necessarily pedophiles," Hilgers explained, speaking to the Frankfurter Rundsch, as cited by The Local. "They have a disease that many people around the world have: that for them it totally does not matter how they make their money."

Niels Espenhorst, a representative from the German Association for Unaccompanied Underage Refugees put the blame on the registration process in Germany.

"It is not only the system of how refugees come to Europe, but also the registration process in Germany,” he said.

The news comes as Europol announced in January that 10,000 minors have been reported missing since they entered the EU and that human traffickers are taking advantage of the refugee crisis to find sex and labor slaves.

UK charity Save the Children estimates that at least 26,000 lone refugee children entered Europe in 2015. It has also recorded multiple cases of sexual abuse, violence, and extortion involving child refugees and is calling on the UK to resettle 3,000 of them as soon as possible.