"The previous determination that Mladic is fit to stand trial therefore remains unchanged" Nerma Jelacic, spokeswoman for the International Criminal Tribunal for the former Yugoslavia, said in a statement. 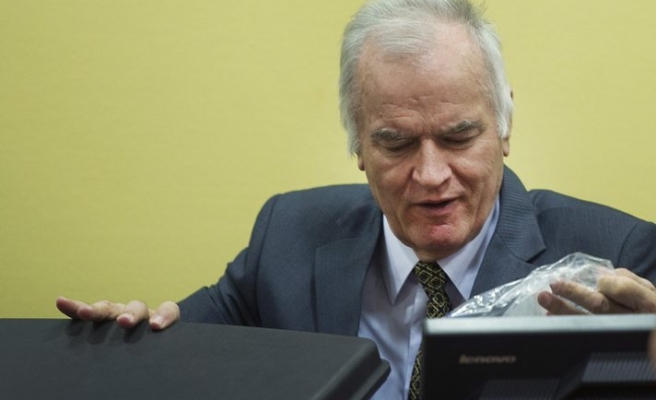 The war crimes trial of former Bosnian Serb general Ratko Mladic will resume on Monday after doctors determined that he is well enough to appear in court, a spokeswoman for the tribunal said on Friday.

Mladic, who is accused of genocide over the siege of the Bosnian capital Sarajevo and the 1995 killing of 8,000 Muslim men and boys in Srebrenica, was rushed to a Dutch hospital on Thursday, the fourth day of his war crimes trial, after asking for a break and slumping with his head in his hands.

"Ratko Mladic has returned to the Detention Unit after medical examinations confirmed there were no abnormalities in his health status and that no treatment is required," Nerma Jelacic, spokeswoman for the International Criminal Tribunal for the former Yugoslavia, said in a statement.

"The previous determination that Mladic is fit to stand trial therefore remains unchanged."

The 70-year-old former general was arrested in Serbia last year after 16 years on the run.

He has frequently claimed he is too ill to stand trial: he complains that he suffers from the effects of a stroke and has problems with his teeth, and he has been admitted to hospital with pneumonia.

Prosecutors and relatives of victims fear that he could die without facing justice, as happened with former Yugoslav strongman Slobodan Milosevic, who died in a Dutch prison cell in 2006 while on trial.